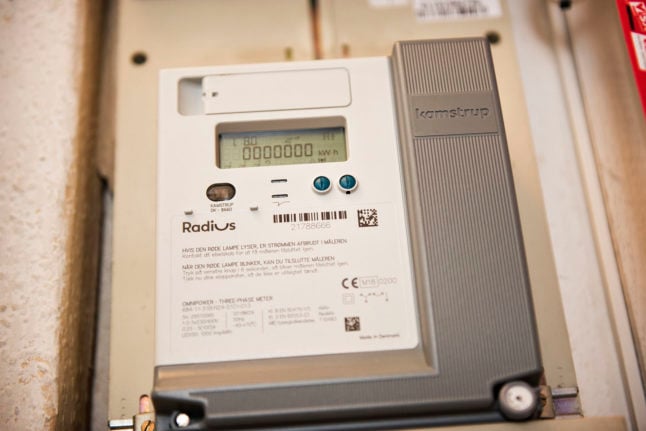 A digital electricity metre in an apartment in Copenhagen. Excess electricity bills in Denmark can be frozen from 1st November 2022. Photo: Kristian Djurhuus/Ritzau Scanpix

From 1st November, households and businesses can choose to “freeze” their bill for 12 months, at the price they paid for the same amount of electricity and gas in the fourth quarter of last year.

It means energy bills exceeding 2021 prices can be paid at a delayed time and in instalments. The additional cost of the bill, not the entire bill, will be eligible for delayed payment.

When the freezing period of 12 months has expired, an interest-free year follows. Customers can then choose whether to pay the excess amount to the energy company, or whether to pay it off over a period of four years.

Customers can opt out of the scheme at any time during the process and settle the total debt at once.

The model is voluntary, meaning bill payers choose whether to freeze payments. The government are footing the bill with energy companies in the intervening period.

Customers need to contact energy companies to set up the repayment plan. Denmark’s largest energy company, Andel Energi has opened its digital registration for the scheme.

A similar scheme for postponing district heating bills is set to begin on 1st January. The freezing of energy bills is one of the components of the government’s winter package in response to record energy prices.

As a result of supply stoppages for Russian gas, on top of inflation, energy prices in Denmark are expected to be high throughout the winter.

The government has also announced it will set electricity tax close to zero and increase welfare payments for families.