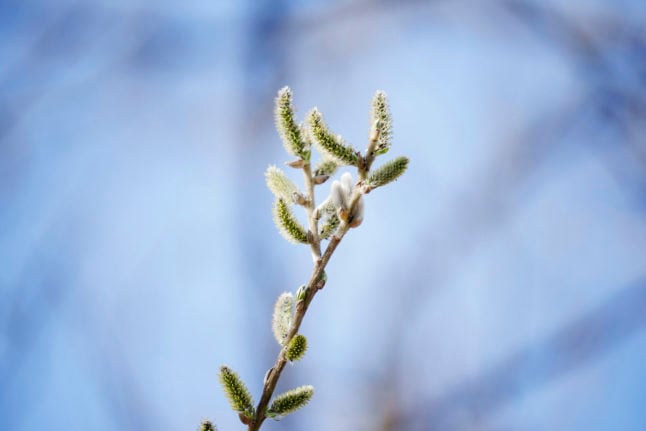 New locations open for Ukrainians to apply for Danish residence

Ukrainians in Tønder, Esbjerg and Varde municipalities in South and West Jutland can today and tomorrow submit applications for residence locally.

An extra borgerservice (residents’ service) centre is to open in Esbjerg and will be able to accept applications from Ukrainians in the three local municipalities. The nearest location up to now was Odense.

Three members of staff from the Danish Immigration Service (Udlændingestyrelsen) will be on location in Esbjerg to accept the applications.

READ ALSO: How Ukrainians can apply for residence and work permits in Denmark

The left wing Red Green Alliance (Enhedslisten) and right wing Danish People’s Party, usually political opponents, are united in their EU scepticism and both want Danes to vote ‘no’ in an upcoming referendum which asks whether Denmark should scrap its EU defence opt-out.

Postal voting is already underway in the referendum, which takes place on June 1st. But the two parties have criticised the postal option because the final bill relating to the opt-out is yet to be tabled in parliament.

Some details of the bill – for example, relating to the guarantee of a new referendum in future should an EU army be formed following a Danish ‘yes’ vote – are yet to be finalised.

Expert says ‘not much climate’ in government’s CO2 tax

A new CO2 tax on companies presented yesterday by the government is unlikely to have a major impact on emissions, according to an expert from the University of Copenhagen.

“There’s not a lot of climate (relief) in this,” Lars Gårn Hansen, a professor in environmental economy who sits on the Danish Economic Councils, told news wire Ritzau.

The CO2 tax plan will see companies taxed according to the amount of carbon dioxide they emit. Some companies will pay less than others depending on their sector and an EU quota scheme.

“Potentially, the (benefit) for Denmark will be that some CO2 emissions that occur in Denmark will just pop up in other countries,” Hansen said.

“Our [the economic council, ed.] assessment is that the climate benefit is limited and uncertain in the short term and non-existent in the long term,” he said.

The current sunny spring weather continues today with plenty of sun throughout the day, although some clouds could appear in the sky this afternoon.

Temperatures will be between 14 and 18 degrees Celsius, though winds will continue to make things feel cooler on east-facing coasts, with around 10-12 degrees forecast here.