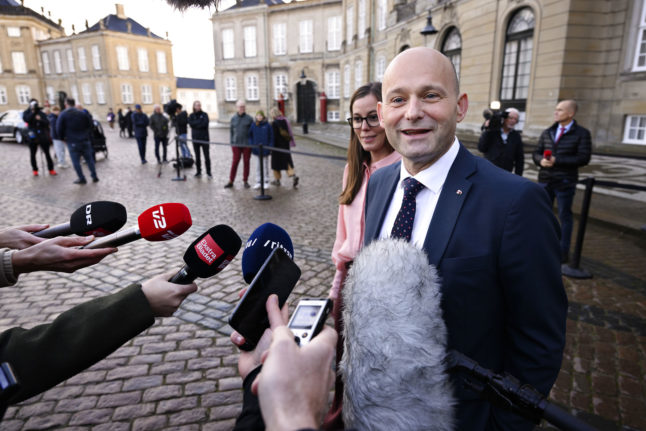 After declaring himself a candidate for Prime Minister earlier this year and seeing polling exceed 15 points in the summer, Poulsen led the Conservatives to a disappointing 5.5 percent vote share and 10 seats at the November 1st vote, a worse performance than in the 2019 election.

“If the party is to be resurrected, I find it very difficult to see Pape as the right leader. A replacement must be found in good time before the next election,” Mogens Lønborg, the former mayor of Copenhagen, told newspaper Berlingske.

“When you have lost two thirds of voters in record time through a catastrophic election campaign with scores of mistakes, you must also think about whether we have the right leader,” he said.

“Pape’s popularity was very much caused by a combination of other parties melting down and a smiling, pleasant and friendly nature and to a lesser extent by political results,” he said.

Poulsen’s popularity suffered after a number of damaging personal stories emerged in the run-up to the election.

These included media reports focused on his private life, political indiscretions when he was Justice Minister, and that he in September referred to Greenland as “Africa on ice.”

He later apologised for this comment during a TV2 election debate, saying “sorry to Greenland and Greenlanders that I said something very clumsy”.

Newspaper Politiken reported in Tuesday that Poulsen, in a letter to party members, said “I have obviously managed my personal matters incorrectly”.

A Conservative candidate from the South Denmark region, Dorte Schmittroth Madsen, told Berlingske Poulsen had “clearly lost the backing” of the party.

“So he is no longer the right person to be either leader or prime minister candidate,” she said.

Poulsen has led the Conservative party since 2014.

“I was genuinely interested in seeing how much common ground we could find,” Poulsen wrote of the discussions between the two parties, which are usually part of opposing ‘blocs’ on the left and right wings of Danish politics.

“At the end of the day, I don’t think [joining a government with Frederiksen and the Social Democrats] is compatible with the promises we made in the election campaign and what I’ve said about such a government. Politics is also very much about credibility,” Poulsen wrote.

The decision has the support of the Conservative parliamentary group, he also stated.

Before the November 1st election, the Conservatives rules out going into government with the Social Democrats, stating they would only back a ‘blue bloc’ government comprised solely of conservative parties.

But the party softened its stance following the election, in which it received a disappointing 5.5 percent of the vote share.

“I promised before the election that whoever becomes prime minister, my party will take a constructive approach to all negotiations with the ambition of making Denmark a better country,” Poulsen wrote in Saturday’s social media post.

The move to leave the talks by the Conservatives is a strategic one according to Christine Cordsen, political correspondent with broadcaster DR.

“If the Liberals [centre right party Venstre, ed.] end up joining the government — which is very likely —then Pape will have the opportunity to take on the role of opposition leader in the remnants of the blue bloc and perhaps use it to revive the Conservatives,” Cordsen said.

Six of the 12 parties elected to parliament at the election now remain in government talks. 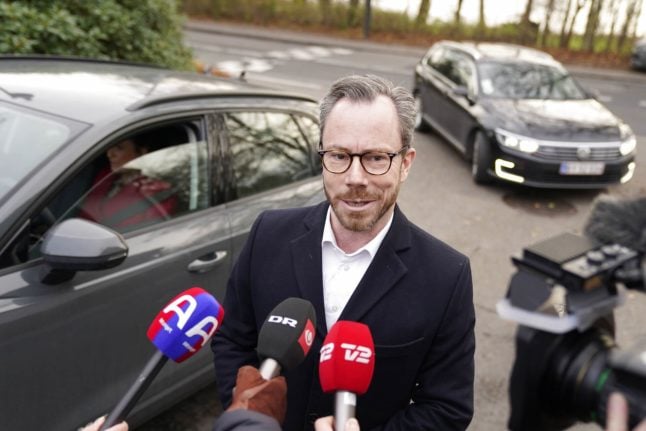