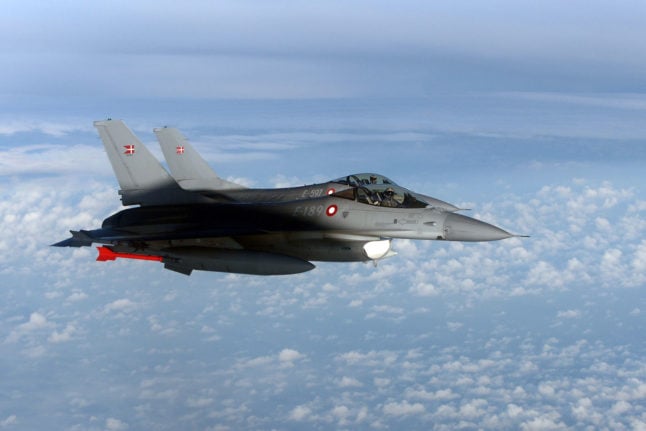 On Friday, a Russian AN-30 propeller plane was flying east of Bornholm, a Danish island in the Baltic, before it headed towards Swedish territory.

“It is completely unacceptable and extremely worrying in the current situation”, Foreign Minister Jeppe Kofod wrote on Twitter on Sunday.

“We are in a special situation across the whole of Europe. That is why, of course, it is really serious when we see Russia violating our airspace. Therefore we have called in the Ambassador so that we can make that view clear to Russia,” Kofod reiterated to newswire Ritzau.

The plane was also briefly in Swedish airspace. It is unknown whether this was a deliberate violation or not.

Russian ambassador to Denmark, Vladimir Barbin has attended several talks at the Ministry of Foreign Affairs since the war in Ukraine.

After the Russian invasion of Ukraine on February 24th, Moscow has threatened retaliation against any countries that participate in the war, which Russia characterises as a “special military operation”, on the side of Ukraine.

Danish fighter aircraft currently patrol the skies over Baltic Sea island Bornholm daily in what has been described as a precaution against potential Russian encroachment on Danish airspace in the area.

Denmark is a member of NATO, unlike Sweden where a debate is taking place over whether it should abandon its non-aligned status and join the alliance.

Questioned by the Dagens Nyheter newspaper, the Swedish defence minister said there was no proof that the breach was linked to current discussions on Stockholm eventually joining NATO.

Russia has already signalled that Stockholm and Helsinki, which is also contemplating membership, should consider the consequences of such a move on bilateral relations and Europe’s overall security architecture.

Sweden and Finland appear closer to joining Nato after a major stumbling block appeared to be cleared on Wednesday.

Nato on Wednesday evening said that the foreign ministers of Turkey, Sweden and Finland had all signed a trilateral memorandum which addressed “Türkiye’s legitimate security concerns”.

Nato Secretary General Jens Stoltenberg said that Nato leaders would as a result now be able to issue a formal invitation to Sweden and Finland to join the alliance.

Denmark stands to gain political weight and status within the defence alliance once Sweden and Finland are members, a Danish military analyst said.

“From a security politics point of view, this would give a close Nordic alliance within Nato,” Hans Peter Michaelsen, military analyst at the University of Copenhagen’s Centre for Military Studies, told news wire Ritzau.

“Denmark, Sweden and Finland could now support each other militarily,” he said.

“We can complement each other with our different strengths. We can begin to look at distributing burdens internally between the countries. I’m thinking of areas such as the Baltic Sea region here,” he said.

Sweden has a strong navy which is attentive to the Baltic Sea, he noted.

“That means that Nato will command an area where Russia otherwise perhaps did not feel threatened,” he said.

“That will make the Russians consider their future strategy in the region,” he said.

Stoltenberg also cited the Baltic Sea region following the withdrawal by Turkey of its objections.

“This changes the entire balance of power in the Baltic Sea and Baltic Region,” Stoltenberg said according to news wire Ritzau.

With Sweden and Finland in the alliance along with Denmark and the Baltic countries, Nato countries will control all sea access to the Baltic Sea and thereby Russian ports in the region.

READ ALSO: KEY POINTS: What is in Sweden’s deal with Turkey over Nato?