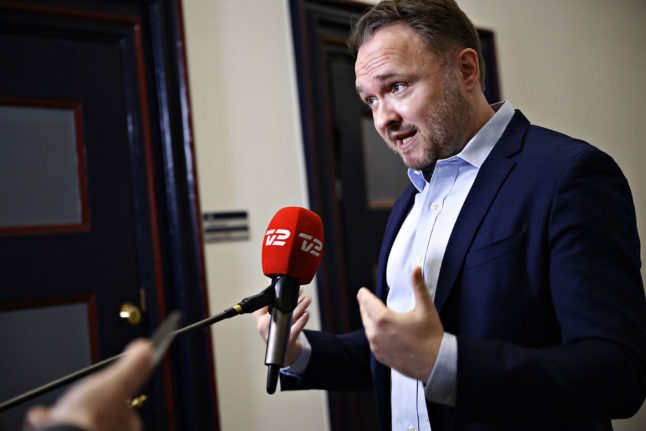 Parliament in February agreed on a deal for so-called ‘acute’ one-off cash payments to families struggling to pay heating bills amid a major bump in energy prices.

The one-off sum of 3,750 kroner will be given to around 320,000 households in Denmark after a majority in parliament agreed on the measure in February.

But the money, intended to help cash flow during the winter when heating is most expensive, will not be paid out until the end of the summer. That follows earlier reports that a political deal agreed in February to provide for the payouts would not be passed by parliament until May.

The payments will now go through in August and September at the earliest.

“When we made the agreement I was convinced that we could get the money out faster than it has turned out to be possible,” climate, energy and critical supplies minister Dan Jørgensen said to news wire Ritzau.

“I’d like to apologise for that. Because there are many people out there with a legitimate expectation to receive the money,” he said.

“But there are many things that must be resolved in relation to, for example, data management, so it can’t be done faster,” he said.

Jørgensen has meanwhile summoned the other political parties to fresh talks on possibly broadening the financial assistance. The Socialist People’s party, an ally of the government, this weekend signalled it wanted to spend more on the measure.

“Since we reached the agreement on a targeted one-off heating bill payout, the situation has got significantly worse. There’s a war in Europe and energy prices are still very, very high,” he said.

“We must therefore look at (increasing the financial response). We will have negotiations about this,” he said.