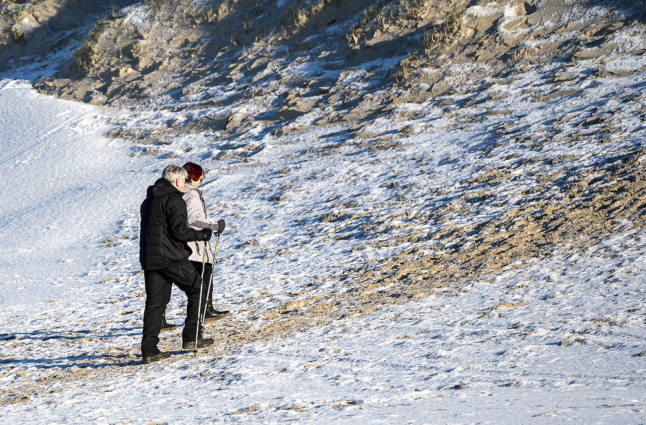 All travellers to Denmark must take a test for Covid-19, regardless of vaccination status or where they are travelling or returning from. Residents of Denmark can take the test up to 24 hours after arrival in Denmark, while all other travellers must take a test prior to departure.

We have full detail on the rules in this article.

A Danish friend once described to me the popularity of exchanging Christmas presents as a “national sport”, and with today being the first Monday after the holidays a high footfall is expected at stores.

Some shops and department stores have taken precautions over and above the current Covid-19 capacity restrictions due to the high expected number of customers, broadcaster DR reports.

This article from December 2017 explains a little more about exchanging gifts (and purchases in general) in Denmark.

Fireworks can only be set off from December 27th under Danish law, meaning you can expect to hear them being set off regularly until New Year’s Eve, particularly if you live in urban areas.

It’s common to hear fireworks in the days leading up to December 31st, even during the day time.

The sale of fireworks is restricted by law in Denmark to a period around Christmas and New Year and they can be purchased from December 15th up to and including December 31st – the day on which the vast majority (but not all) of them are set off.

More about the Danish fondness for fireworks in this article.

It should be noted that recent days have seen some delays to test processing, meaning some of yesterday’s total may including positive tests from preceding days.

The number of hospitalised patients with the virus increased by 57 to 579. This remains lower than the peak number from the winter 2020 wave, which reached 964 on January 4th this year.

42.4 percent of the population has so far received a booster or “third” Covid-19 vaccination.

It takes a year to see a psychiatrist in Denmark

New data from sundhed.dk analysed by broadcaster DR show an average wait time of 63 weeks to get in with a psychiatrist.

Regional differences in wait times are dramatic — in North Jutland, patients wait an average of 84 weeks.

Minister of health Magnus Heunicke has refused to sit for an interview with DR on the status of a 10-year plan to improve access to mental healthcare.

READ MORE: Depressed in Denmark: How to find a therapist in the ‘world’s happiest country’

Within the next six months, 130 Danish instructors will arrive in the United Kingdom to train Ukrainian soldiers who have “no or limited military experience,” according to newswire Ritzau.

“We have undertaken to train up to 10,000 Ukrainian soldiers in Great Britain, and I am pleased that Denmark will participate in that project,” Ben Wallace, the British minister of defense, said at a press conference in Copenhagen Wednesday afternoon.

Danish minister of defense Morten Bødskov says the country has also extended an offer to train Ukrainian soldiers in Denmark — for example, in de-mining.

Russia’s ambassador to Denmark, Vladimir Barbin, sees the assistance to Ukraine as “delaying peace,” he wrote in an email to broadcaster TV2.

Bavarian Nordic, the company behind the monkeypox vaccine, has spoken out against the US Food and Drug Administration’s plan to split single doses of the drug into five smaller doses under certain circumstances, according to reporting by the Washington Post.

The FDA signed off on the plan on Tuesday in an effort to extend a limited supply of doses to a greater population.

The US isn’t the first country to attempt to get creative with the dosing of the vaccine. According to Bavarian’s instructions, the monkeypox vaccine should be administered over two shots separated by at least 28 days, but the UK has begun offering only a single shot.

“If countries decide to give one shot now, they have a long time to offer the booster and still achieve the same durability advantage. There is plenty of data to support one shot,” Paul Chaplin, managing director of Bavarian Nordic, told news outlet Science in July.

7-Eleven mostly back on grid after ransomware attack

About 169 of 7-Eleven’s 176 Denmark locations are back up and running, according to a statement from the convenience store company on Wednesday evening.

However, convenience stores at train stations (where you can buy a transport card) only accept Dankort at the moment. All operational stores outside of train stations currently accept Mobile Pay and cash, and many can take Visa, Mastercard, and Dankort.

7-Eleven has also confirmed that the outage was due to a ransomware attack — hackers demanded money to return access to the company’s data and systems.