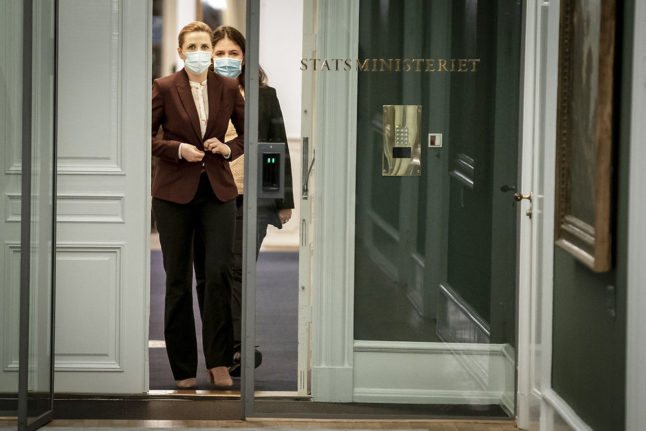 The government last night announced that it will introduce a new slight easing of coronavirus restrictions, effective Monday.

The limit on public assembly will be increased from 5 to 10 people nationally, and to 50 for organised outdoor sports and leisure activities, as well as for outdoor religious services.

Final year students at youth and adult education institutions in Greater Copenhagen will be allowed to attend classes in person on the same model as the rest of the country. The capital region had previously been under tighter rules. Municipalities with higher infection rates will be excluded from this, however.

We’ll have full details of the announcement and the changes to the restrictions in an article on our homepage later this morning.

The decision to ease coronavirus restrictions does not go far enough, according to Jakob Ellemann-Jensen, leader of the opposition Liberal party.

“We are fighting for it to be possible to offer outdoors serving (at restaurants and bars) as a minimum,” Dahl said.

The Danish Health Authority and Danish Medicines Agency are scheduled this afternoon to answer press questions related to the AstraZeneca vaccine, the use of which is currently suspended by Denmark due to concerns about possible serious side effects.

The European Medicines Agency (EMA) concluded on Thursday that the AstraZeneca vaccine was a “safe and effective” tool in the battle against Covid-19 but its investigation could not rule out whether the jab had caused rare cases of blood clotting.

Parliament’s foreign policy committee is to meet today to discuss a matter which – if you’ll forgive me for slipping into opinion mode – I feel heaps shame on the government.

Mette Frederiksen’s government has steadfastly refused to repatriate children held at prison camps for former Isis fighters and supporters in Syria. A total of 19 children, who are either children of or “connected to” Danish citizens or former Danish citizens are known to be accommodated at the camps, the foreign ministry has stated.

Denmark has been strongly criticised by the UN for failing to protect the children, a position taken by the government apparently against the advice of its own security services. A panel of experts have previously recommended a four-year-old girl be removed from one of the camps in order to receive treatment for PTSD.

A number of parties have asked to be given access to reports provided to the government by the intelligence service, FE, last year, and want to know why the government kept its details under wraps, according to DR. The justice minister, Nick Hækkerup, and foreign minister Jeppe Kofod will be among those facing questions.