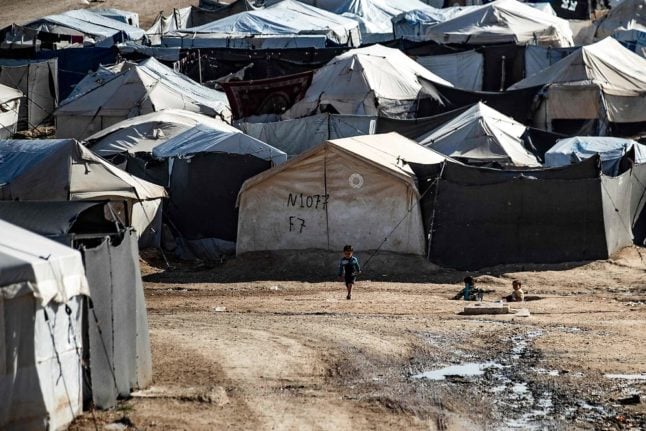 Fionnuala D. Ní Aoláin, the UN’s Special Rapporteur on the promotion and protection of human rights and fundamental freedoms while countering terrorism, has criticised Denmark for failing to repatriate children from Syrian camps.

The Danish government has refused to repatriate nationals including children from the al-Hol and al-Roj camps in Syria, citing security risks. The adult citizens are in the camps because they travelled to Syria in support of the Islamic State terror group.

“Denmark has always been and should be an advocate of tolerance, human rights and for the rule of law. But you can’t just preach that to other countries in the abstract. You have to live your values when it’s hardest, when it’s most difficult politically, when it’s easiest to walk away,” the Special Rapporteur said in an interview with broadcaster DR.

“In relative numbers, the number of Danish nationals in the camps is tiny. I work with countries who are taking back hundreds of their nationals, including during (the Covid-19 pandemic),” she continued.

At least two men, seven women and 19 children with Danish nationality are currently accommodated at the camps, the broadcaster writes.

The foreign ministry is aware, via contact with family or guardians in Denmark, of the 19 children. Nine of the children were born in Denmark and ten in conflict zones. They are either children of “connected to” Danish citizens or former Danish citizens and are aged between 0 and 14 years.

Ní Aoláin said to the national broadcaster that conditions in the camps were “inhuman” and that torture and degrading treatment occurred there. She also said that the children were victims of terrorism and were not to blame for being in the camps.

“States including Denmark have an international obligation to protect their citizens when they are in danger of being tortured and subjected to inhuman treatment,” she also said according to DR’s report.

In 2019, the government implemented a principle that persons who had travelled to Syria had rejected Denmark and would therefore not be given help to return home. The Danish foreign ministry confirmed to DR that Denmark only repatriates children if their parents give “explicit consent” to separation.

But that amounted to advocating for the separation of traumatised children from their parents, further traumatising them and making it even more difficult for them to reintegrate into society, Ní Aoláin said in the interview.

In comments in parliament on Wednesday, Prime Minister Mette Frederiksen denied she and her government had turned their backs on Danish children by refusing to repatriate them from the Syrian camps. Frederiksen also confirmed that the government has no plans to return the children to Denmark.

“I’m not turning my back to any children. I don’t recognise the premise that we should take any kind of risk in relation to jihadists. And that risk exists in any form of action on this area,” she said.

“These people no longer have a home in Denmark. Jihadists cannot come home to Denmark. Denmark is not their home,” she said.

The Danish police intelligence agency, PET, concluded in spring 2019 that Danish children in the camps did not pose a threat to Danish security but risked permanent damage and radicalisation if they were forced to remain in the camps.

A panel of experts have previously provided analyses at the request of the foreign ministry in which they have recommended a four-year-old girl at Al-Roj be removed from the camp in order to receive treatment for PTSD. The experts, which include senior medical advisors, also said it would further traumatise the girl to separate her from her mother.

“The four-year-old girl did not turn her back on Denmark,” Social Liberal party immigration spokesperson Kristian Hegaard said during the parliamentary debate.

Denmark has repatriated an injured 13-year-old and an orphaned infant in other cases.

“What I would say to Denmark is, be a leader. Show the rest of the world how to do this. Show how to use your national systems, which are really deeply respected around the world and, on child rights and child integration and child welfare. Show how this can be done.

“And in the long term, this is in Denmark’s own security interest. Because the intelligence agencies, the security services I work with every day are also telling us that to leave these children and their mothers in this camp is a long-term security risk for Denmark and for every other country whose nationals are there,” Ní Aoláin said.

READ ALSO: Woman on trial in Norway provides glimpse of life under Isis