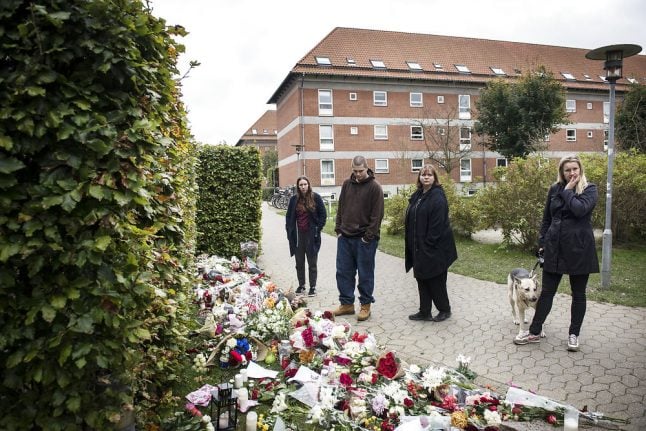 People at the scene of the shooting of Servet Abdija in October last year. Photo: Sofie Mathiassen/Ritzau Scanpix

The suspect was arrested in Zealand on suspicion of the teenager’s murder and was remanded in custody for 25 days on Friday afternoon, broadcaster DR reports.

The man was assisted by a Swedish-speaking interpreter at the preliminary hearing, DR writes. He is reported to be a Swedish citizen with heritage in the former Yugoslavia.

Part of the preliminary hearing was conducted behind closed doors, but the 34-year-old is reported to be under suspicion of killing Abdija as well as possessing weapons.

The arrest in Zealand has been planned by police for some time, DR writes, with the man having been placed under arrest in absentia in July this year.

A number of police raids in southern Sweden have also been carried out as part of the investigation, in which both Danish and Swedish investigators have participated.

Teenager Abidja died after being shot six times at close range on October 16th last year near his family’s home on the border of Copenhagen’s Nørrebro and Østerbro districts. His mother is reported to have heard the shots being fired from inside the family apartment.

Three masked men, who were dressed in black, were subsequently seen fleeing the scene on foot. They are thought to have waited for the victim for around 45 minutes before the attack.

The day before the shooting, three masked men were seen in the same area, where they were in contact with a fourth man in a dark car.

The victim was not known to have any connections to criminal networks in the Danish capital, police previously told DR.

“There is still much investigation to be done in this case and we are continuing our work unabated. So we will see whether there are further arrests. I certainly wouldn’t rule it out,” Raben said.