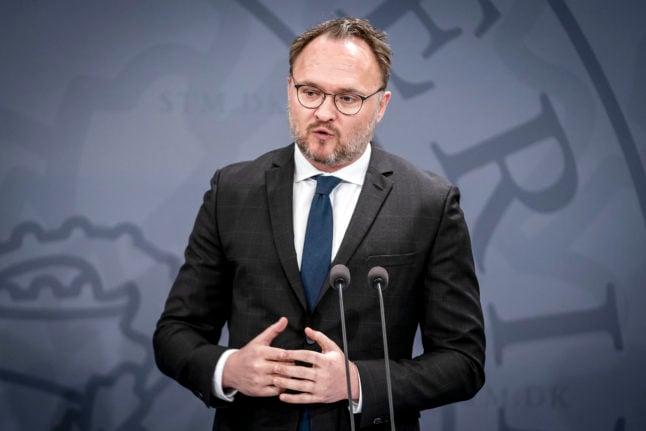 The target was stated by Minister for Climate and Energy Dan Jørgensen on Tuesday as he presented a government energy reform including a plan for Denmark to end its dependence on Russian gas.

Around 400,000 households in Denmark are currently heated using natural gas energy supplies according to the government.

Up to 30-50 percent of those homes are most suitable for conversion to district heating and will be switched over on a continual basis until 2028 under the plan.

Other homes will be switched to electric heat pumps by 2030.

Danish residents have seen considerable increases in heating bill costs as a result of global energy price increases and the knock-on effects of the Russian invasion of Ukraine. The government is set to pay out one-off emergency funds to households worst affected by the price increases.

“(The plan) is realistic but we’re on a tight schedule,” Jørgensen said.

The minister also noted that the government “cannot force Danes [people who live in Denmark, ed.] to use any particular heating fuel”.

Industry interest organisation Dansk Fjernvarme estimates that around 250,000 of the homes currently on individual gas heating could eventually be converted to district heating.

However, some houses are in locations too remote to be connected to a district heating network. In these cases, the government said it sought to find other solutions for replacing their gas heaters, including heat pumps.

Households located in areas with district heating can connect to the network, with heating supplied through pipes laid under road surfaces.

According to the government plan, households that currently have individual gas heating will receive a letter by the end of this year informing them of their options in relation to district heating conversion.

Remaining houses unable or unwilling to switch to district heating or heat pumps “must change to biogas so that they still have a gas heater but it’s green biogas, so we can ensure we are free of (Russian president Vladimir) Putin,” Jørgensen said.

The government also stepped up its programme to develop renewable energy, saying it now plans to quadruple the number of solar power stations and land-based wind farms by 2030.

Half of Denmark’s electric power already comes from wind energy.

“We want to develop renewable energies as much as it is possible to do itin an intelligent manner,” Frederiksen said.

Gas accounts for 18 percent of energy consumed in Denmark each year. National production accounted for three quarters of the gas consumed in 2019, with Russia among the main exporters of the fossil fuel, according to the
Danish energy agency.

The International Energy Agency says that, in 2021, the EU imported 155 billion cubic metres of gas from Russia, representing 45 percent of its gas imports.

READ ALSO: Denmark to present plan that could end use of Russian gas