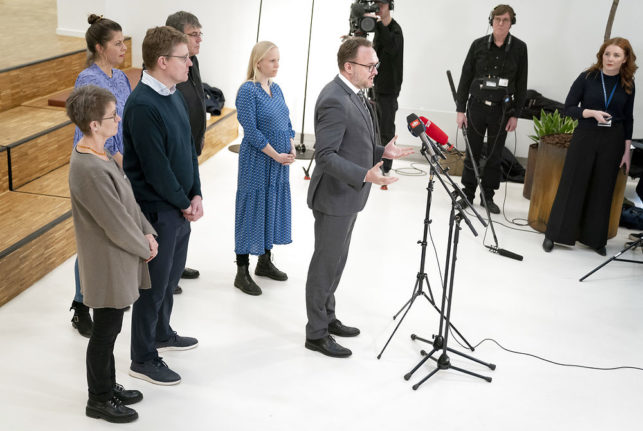 A political majority has agreed to increase the one-off cash injection for homes, raising it from 3,750 kroner to 6,000 kroner.

Over 100,00 additional households will meanwhile become eligible for the financial support, with around 419,000 homes now set to received it, up from the original 300,000.

The decision was confirmed on Wednesday by the Ministry of Climate, Energy and Utilities.

The acute ‘heating cheques’, as they have been termed, will not arrive in accounts until August or September this year.

That is due to delays caused by IT-related difficulties and the need to pass legislation, the government said.

The government and left-wing parties in February agreed on a deal for the acute one-off cash payments to families struggling to pay heating bills amid a major bump in energy prices.

The agreement received criticism from right-wing parties, which said it would help too few people and arrive take too long to come through given it is intended to solve a short-term problem.

The Russian invasion of Ukraine on February 24th meanwhile worsened the outlook for energy prices in the short and medium term.

“Russia’s invasion of Ukraine has caused even more uncertainty related to heating bills and very many Danes have are feeling the effects on their wallets,” climate and energy minister Dan Jørgensen said in the statement.

“We are therefore raising the heating help so more Danes [residents of Denmark, ed.] can receive the money, and we are putting the amount up significantly,” he said.

The parties signatory to the deal have agreed to spend an additional one billion kroner on the payouts, around double the spending set out in the original deal.

In the original deal, households with an overall income of 550,000 kroner annually or less were eligible for the payments. That limit has now been raised to 650,000 kroner.

Conditions for receiving the support in the original deal also include the home being located in an area with district heating driven primarily by gas power plants, or the home having individual gas heating.

“The basis for this is that we have very high energy prices. Especially for gas. That means that many Danes [people in Denmark, ed.] are under pressure financially,” Jørgensen said.

“We expect that gas prices will still be high in the next heating season in October, and therefore financial assistance must be given,” she said.