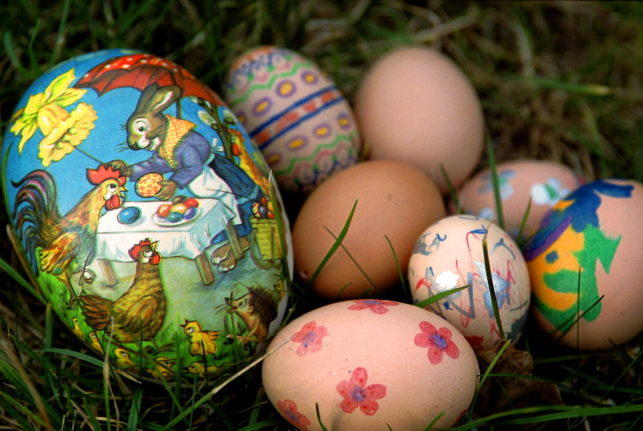 Russian ships will be rejected at Danish ports from Saturday, according to newswire Ritzau.

In a statement on the Danish Transport Authority website, it said that Russian ships would not be allowed to dock in Danish ports after 16th April, as a consequence of a new EU sanctions package.

The European sanctions package is the fifth in a row after Russia invaded Ukraine on 24th February.

According to TV 2 Lorry, Russian ships call at Danish ports around 250 times a year. 170 of them are in Frederiksværk, where NLMK DanSteel is located.

The ban does not apply to ships that need help, are saving lives or maintaining safety.

More people in work in Denmark than before coronavirus

More people are in work in Denmark than before the coronavirus crisis, according to analysis from the Danish Chamber of Commerce, reports newswire Ritzau.

Easter celebrations begin in Denmark today, on Maundy Thursday. Denmark is a Christian country (at least on paper) and has national holidays on Maundy Thursday, Good Friday, Easter Sunday and Easter Monday. Schools are closed and most people do not work.

Easter is big in Denmark. It kicks off the summer season after a long, dull Nordic winter, and the Danes go all in for a warm, cozy environment.

READ MORE: The complete guide to Easter in Denmark

Maundy Thursday Weather: A cloudy one

It’s not the sunniest start to the Easter holiday. It will be a cloudy and foggy day with some expected rain in the morning.

There may be a little sun over the southern regions but its unlikely for the rest of the country. Temperatures will range between 8 and 13 degrees Celsius, according to DR.

Official data shows that 2, 257 new cases of Covid-19 were registered yesterday, slightly lower than the 2, 683 cases registered on Tuesday.

Fewer PCR tests were administered compared to the preceding 24 hours, however. The positive cases were found among 15, 351 PRC tests.

Testing levels are now a fraction of those seen earlier in the pandemic, while daily case numbers peaked in February when up to 55,000 new cases were registered on a number of days.