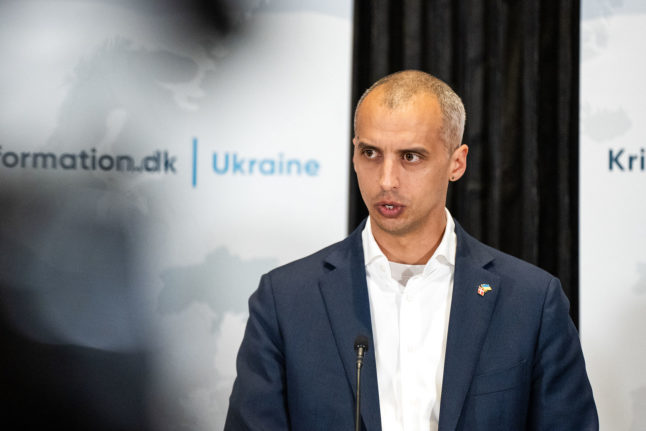 The unusual measure is necessary because the number expected in a relatively short amount of time makes it difficult for the national welfare system to accommodate them through traditional means, Minister for Immigration and Integration Mattias Tesfaye said in an interview with newspaper Berlingske.

“We are preparing for Ukrainians to be accommodated in some form of Ukraine towns, where there perhaps will be childcare and school lessons for children in Ukrainian, which the Ukrainians themselves will help with,” Tesfaye said.

“Several parts” of Denmark will “experience Ukrainians living together,” he also said.

The plans are at an early stage and no specific locations could yet be named, Tesfaye said. But a “handful” of towns, which could be located around disused facilities like schools, hospitals, barracks or care homes, are expected by the minister.

The population of the towns is likely to be in the hundreds rather than thousands, he told Berlingske.

At a previous press briefing, Tesfaye said that 40,000 Ukrainian refugees were expected in Denmark by the end of Easter.

The minister said in the interview with Berlingske that the government prioritised preventing strain on the Danish welfare system.

A number of law changes could be made to Denmark’s immigration rules in order to make the ‘Ukrainian towns’ viable. These include requirements for children granted residence in Denmark to be taught in Danish at school and for adults to comply with rules relating to unemployment benefits.