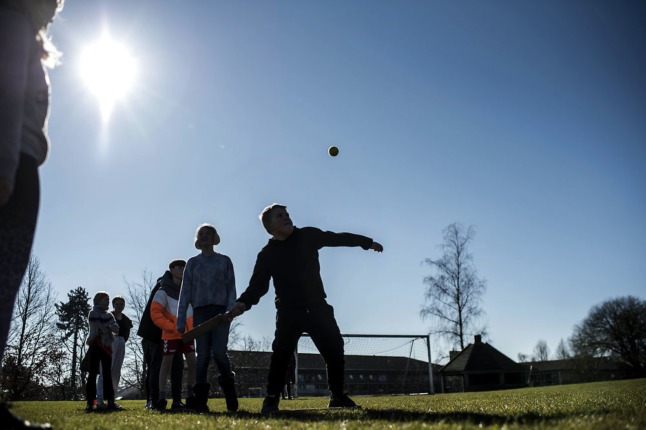 The law will be designed to ensure that refugees from Ukraine can quickly enter the Danish labour market and go to schools and have access to services.

A political agreement today will be followed by parliamentary procedure, with the deal to be voted through in the coming weeks.

The EU yesterday agreed to lift visa rules for Ukrainians fleeing the war, but Denmark has an opt-out on this area of EU law and must therefore pass its own law. Tesfaye said this week that Denmark’s law would not offer inferior conditions to Ukrainians than the EU rules.

Defence ministers to meet in Denmark

The British and Swedish defence ministers, Ben Wallace and Peter Hultqvist, will meet with their Danish counterpart Morten Bødskov in Denmark today.

“There is war in Europe. Rarely has it been so important so show that we stand shoulder to shoulder with our allies,” Bødskov said in advance of the meeting.

The three countries are all participants in the Joint Expeditionary Force, a UK-led defence partnership which can include, as necessary, all of the Baltic and Nordic countries as well as the UK and Netherlands.

An artist from Vejle has raised over a million kroner by selling signed prints and giving all the proceeds to Unicef’s work to help children affected by the war in Ukraine.

The artist, Ole Aakjær, yesterday put the signed print of his piece ‘The Whalesong’ on sale online. 2,344 copies were sold in the first day, according to broadcaster DR. The price is 600 kroner, meaning over 1.4 million kroner was raised.

All 600 kroner of the sale price goes to Unicef, with Aakjær donating paper, printing and packaging costs.

“I’m completely overwhelmed, because we’ve touched on an issue people are very concerned with,” the artist told DR.

You can see the print here on Aakjær’s Facebook page. It will be on sale until 3pm today.

Covid-19: 13,378 new cases on Thursday but some results not submitted

13,378 new cases of Covid-19 were registered by health authorities yesterday from 53,727 PCR tests, giving a test positivity rate of 25 percent.

The actual number of positive tests is higher, because 18,000 test results were not submitted due to a technical issue, the Danish Health Authority said.

The number of people in hospital with Covid-19 fell by 43, to 1,643. Many of these are in hospital for reasons other than Covid-19, but have also registered a positive Covid-19 test.

39 are currently in intensive care and 16 are receiving ventilator assistance.