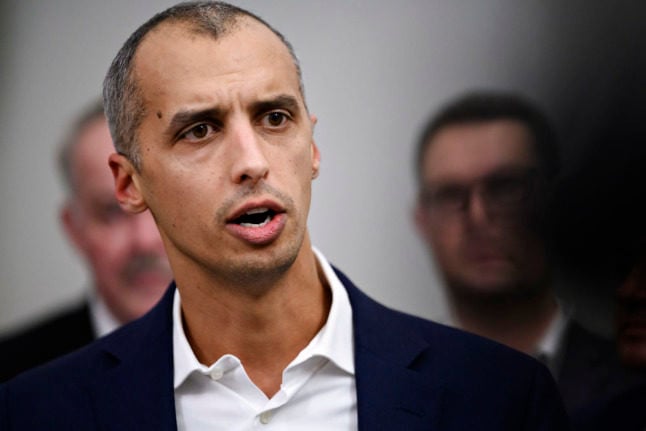 Minister for Immigration and Integration Mattias Tesfaye confirmed on Wednesday that the government was prepared to introduce special legislation for Ukrainian nationals in Denmark, after other parties also called for the move.

The minority government is now scheduled to discuss the matter with other parties at a parliamentary meeting on Friday.

Here, the government is expected to present more specific detail as to what the special law will mean. It will also ask for expedited process through parliament so any bill can be passed as quickly as possible.

Current rules allow Ukrainian nationals to stay in Denmark for 90 days without a visa.

A special law would extend this and could conceivably mean that Ukrainians would be able to stay in Denmark for longer than three months without having to have asylum claims assessed by authorities.

EU countries are already scheduled to meet on Thursday to discuss how to help Ukrainians displaced by the Russian invasion which began last week.

Denmark has an opt-out from any EU legislation that may be passed on the question and is therefore able to pass its own law.

An addition to residency, the Danish law will also address the status of Ukrainian refugees on the Danish labour market, Tesfaye said.

“I have just today had a meeting with the Ukrainian ambassador, who has a positive view of quickly ensuring special residency rules for Ukrainians,” he said in a written comment to news wire Ritzau.

“I will now discuss the options with my European colleagues on Thursday.

“On the basis of that I will meet parliament’s parties on Friday, when I will table the government’s proposal for how we in Denmark best ensure Ukrainians a good and quick welcome, including in relation to getting them on the labour market as soon as possible,” he said.

READ ALSO: How can people in Denmark help Ukraine?

The figures were shown by Minister of Foreign Affairs and Integration, Kaare Dybvad Bek to Danish parliament.

The legislation, which came into effect in February 2016, allows police to confiscate cash and valuables with a value above 10,000 kroner from arriving migrants and asylum seekers.

According to the police figures, there have been between 0 to 5 jewellery law cases a year, from 5th February 2016 to 30th May 2022. For example the law hasn’t been used this year or in 2019 but in 2021, the law was used five times, involving nationals of Iran, Eritrea, Sri Lanka and Afghanistan.

However it is not clear what has been taken in each case; whether the item was jewellery or what the value was.

At the time of its introduction, the law, which was passed by a large parliamentary majority, received criticism from international human rights groups including US-based rights watchdog Human Rights Watch (HRW).

Technically the law could have applied to Ukrainians who have come to Denmark as refugees, to escape Russian invasion of their country but Danish parliament decided the law should not apply to Ukrainians.