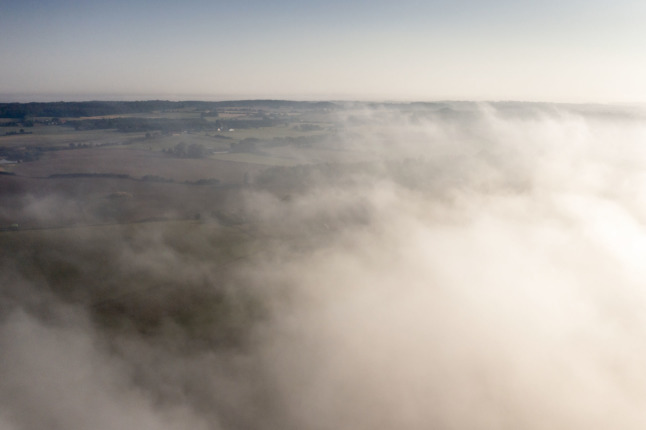 Work on a subsea pipeline between Norway and Poland aimed at reducing Warsaw’s dependence on Russian gas has resumed after being suspended for environmental reasons, Danish state-owned firm Energinet said yesterday.

In 2021, the Danish Environmental and Food Appeals Board withdrew the permit for the 210-kilometre Danish section of the Baltic Sea pipeline, citing concerns about animal species.

The pipeline will supply Norwegian gas to Poland, which in 2019 announced it would not extend its contract with Russian giant Gazprom beyond 2022.

Journalist Stefan Weichert and photographer Emil Filtenborg of Danish newspaper Ekstra Bladet, who were on Saturday shot and injured while reporting in Ukraine, have now left the country, their employer writes.

Weichart was hit in the shoulder and Filtenborg in both legs and his lower back.

“We are happy, tired and a bit sore. We were there to cover the war and the consequences for civilians. So it’s a nuisance to be part of the story. This isn’t about us,” Filtenborg told Ekstra Bladet.

Their exact location and plans to return to Denmark have not been made public.

READ ALSO: How you can help Ukrainian media

Weapons Denmark said it would give Ukraine have arrived in the Eastern European country, broadcaster DR reports.

“It was both an impressive and fast effort. To those who helped: your effort means a lot. You make Denmark proud,” the minister said.

The Ministry of Defence yesterday released a video of a carrier aircraft loaded with 2,700 shoulder-mounter anti-tank weapons.

Universities in Denmark will not continue partnerships with higher education institutions in Russia or Belarus, they announced yesterday. The decision was made in solidarity with the Ukrainian people.

“This means, including other things, that there will be no exchange of academic staff or students going forward. It also means that conferences and other scientific meetings on Russian and Belarusian ground will be without participation of researchers employed by Danish universities,” they said in the statement.

Russian and Belarusian students and staff already at Danish universities will be able to continue as before the war.

“At Danish universities we distinguish between the Russian state and Russian citizens,” the statement read.

Thick fog in parts of Jutland and Funen

Thick fog is reducing visibility in parts of southern Denmark, particularly Jutland and Funen, this morning.

Visibility can be reduced to under 100 metres, met office DMI said.

The fog is forecast to lift during the morning.