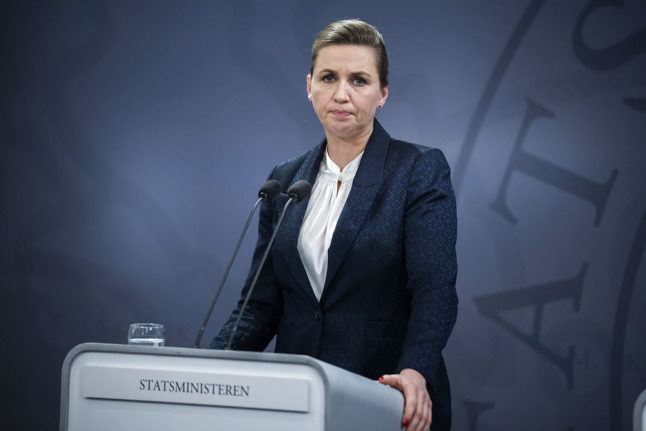 “Today is a dark day for peace in the world. We are seeing a military attack on a peaceful, free and sovereign nation,” Frederiksen said.

The Russian invasion of Ukraine, which began on Thursday morning, has been met with condemnation buy many – mostly western – countries, including Denmark.

Frederiksen said that the Danish government expects the situation created by the Russian attack to last for some time.

“We are heading into uncertain times,” she said.

“We expect there to be a longer-lasting international crisis. Potentially with large costs to Danish society,” she said.

READ ALSO: EXPLAINED: How Denmark could be impacted by Russia’s invasion of Ukraine

At the media briefing on Thursday, defence minister Morten Bødskov said there is not currently considered to be a threat to NATO, the military alliance of which Denmark is a member.

“But Ukraine has been brutally assaulted. And the people of our eastern allies – not least in the Baltic countries – are worried. That is completely understandable,” he said.

The head of the Danish Armed Forces, Flemming Lentfer, said the military has increased its level of preparedness.

Danish military presence in other Nato countries already includes four fighter jets in Lithuania, while 200 Danish troops will be posted to Estonia in March. The Nordic country also has four fighter aircraft stationed on its Baltic Sea island Bornholm.