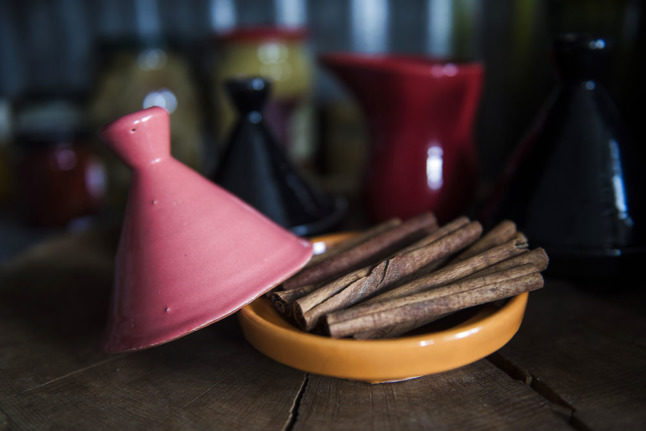 Turning 25 and 30 can be particularly spicy for unmarried Danes due to the Danish tradition of the pebersvend, or pebermø for women. While unwed 25-year-olds can look forward to a cinnamon shower, Danes who still aren’t hitched by 30 may receive a cheeky pepper and salt mill set as a birthday present. Others wake up to big metal barrels—representing pepper mills—painted with the Danish flag or adorned to look like the birthday honoree in their front yard. But why?

The tradition’s earliest roots date back to the 15th century, when Denmark’s spice trade was a pillar of the national economy, Caroline Nyvang, a senior researcher at the Danish Folkeminde Collection, the national archive for folk memories, told The Local.

“They would never stay in a place long enough to get married,” she said, and by a certain age would be called Pebersvend—most closely approximated in English as “pepper dude.”

As an H.C. Andersen story about a hapless spice trader named Anton would have it, the pebersvende were contractually prevented from marrying.

For decades, Danes have had a tradition of planting huge pepper mills in front of the houses of unmarried men on their 30th birthday.

But about 60 years ago, the tradition seems to have morphed to spraying unmarried 25-year-olds with cinnamon in a display of public humiliation. There’s not a clear line between the spice traders, the pepper mills, and the cinnamon attacks, but “it’s the only plausible explanation we have for why people would start spraying each other with cinnamon in the 1960s,” Nyvang says.

Initially the cinnamon birthday seemed to be limited to northern Jutland, she says, but by the 1980s mass media ensured that the idea had spread to the whole of Denmark.

“Now it’s actually something that companies make a living on—lending or selling equipment for spraying someone with cinnamon,” Nyvang says. (A kit with 2.5 kilos of cinnamon, safety goggles, three respirator masks, and duct tape to affix the celebrant to a lamppost will set you back 285 kroner on one specialist website).

Thirty-year-olds in turn are to be sprayed with pepper, at least according to the companies selling pepper cannons—but it might be wiser to gift them bell peppers, chili peppers or whole peppercorns.

While the tradition is all in good fun, smothering a friend in aerosolized spices is not entirely hazard-free, Nyvang points out. “I’ve also heard accounts in the last four or five years of people actually having been endangered by inhaling all of this cinnamon,” she admits.

And since the average age at first marriage is about 35 for Danish men and 32 for Danish women, the spice trade will have plenty of pebersvende and pebermø for years to come.

READ ALSO: Why do foreign couples head to Denmark to get married?