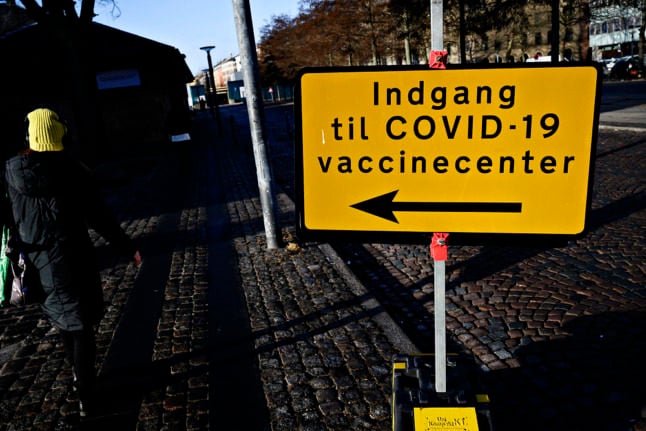 Denmark will offer Covid-19 booster jabs to all people over the age of 40 from 20 weeks after their original second dose. File photo: Philip Davali/Ritzau Scanpix

The Danish Health Authority announced the decision on Sunday and provided further detail at a briefing on Monday morning.

Previously, the booster Covid-19 vaccine was offered five and a half months after the original course of vaccination. This remains the case for 18-39 year-olds.

The change means fully vaccinated people will be offered a booster after 140 days or 20 weeks.

The expedition of boosters comes in response to the spread of the Omicron variant of the coronavirus.

Danish Health Authority director Søren Brostrøm said he expected the variant to replace Delta within weeks as the dominant form of the virus in Denmark.

“We don’t yet know enough about the new Omicron variant, including in regard to how ill it can make you, but what we can see is that it spreads quickly,” Brostrøm said.

But “experimental data” suggest that immunity after two vaccine doses is “not quite sufficient” to protect against the variant, according to the director.

However, there are signs that three doses do give protection against serious illness, including with the Omicron variant.

“We are moving forward (boosters) now because we simply need more immunity in large parts of the population in this winter season,” he added.

“In round numbers, we are putting an extra 1.5 million vaccines in before New Year, Brostrøm said on Sunday.

In a briefing on Monday, health authorities appealed for the public to remain patient amid strain on booking systems as a result of the new booster rules.

“Our IT and booking systems will be pushed to the extreme,” he added.

As such, people trying to book booster vaccines on the vacciner.dk platform are likely to experience waiting times, he said.