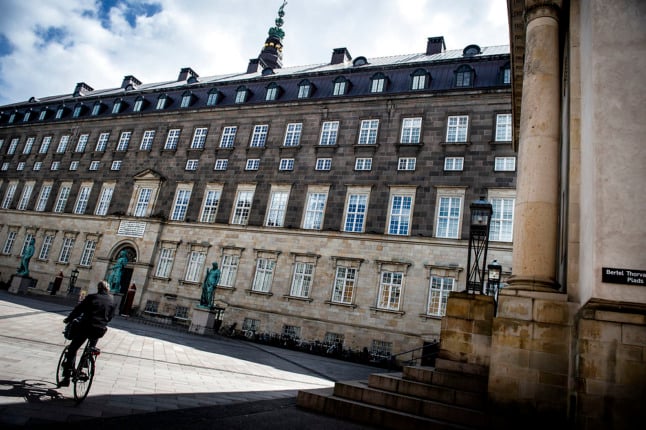 Denmark's parliament Christiansborg is home to a multitude of parties and ideologies. Photo: Liselotte Sabroe/Ritzau Scanpix

Danish politics is often difficult to understand for foreigners. Not only the language, but the number of parties, new parties that pop up, and sometimes disappear, the ‘red’ and ‘blue blocs’ and the consensus system that sometimes crosses these can often be hard to follow.

Foreigners in Denmark probably became more familiar with some politicians during the COVID-19 pandemic, as the faces of certain politicians – Prime Minister Mette Frederiksen and Health Minister Magnus Heunicke in particular – were regularly on TV screens.

But to really understand Danish life, a better understanding of the political system can help. This is as valid as ever during the current week, with local elections just over the horizon on November 16th – and many foreign residents eligible to vote.

There are currently 11 parties in the Danish parliament, and the ‘bloc’ classification commonly referred to in Danish politics broadly denotes whether they are right or left of centre.

On the other hand, the Liberal (Venstre) party is the largest on the right wing or ‘blue bloc’. Former prime minister Lars Løkke Rasmussen was the leader of the Liberals when in office, though he has since left that party (more on this below). The second-biggest conservative party, the Conservative People’s Party, is edging closer to the Liberals in popularity and speculation suggests they could even get more votes at the upcoming local elections.

It should also noted that because these blocs include so many parties, they encompass a range of political ideology, even though they can be grouped into two main competing factions.

For example, the anti-immigration policies of the Social Democrats are far removed from the humanitarian-first approach of the far-left Red Green Alliance (Enhedslisten), while the moderate pro-EU stance of the Liberals is very different from that of the vehemently anti-immigrant Nye Borgerlige (New Right), who want to leave the EU.

Who are all the parties? Are there really 11 of them in parliament?

The ‘legacy’ or traditional parties in Danish politics are the Social Democrats and Social Liberals (Radikale Venstre) in the red bloc; and the Liberals and Conservatives in the blue bloc.

When you look beyond these, you’ll find newer but well-established and in some cases quite powerful parties, before getting to more recently-formed groups and even those not yet qualified to run in elections (these don’t count towards the 11 total in parliament).

The latter party, since its breakthrough in the mid 1990s, has played a powerful role as kingmaker on the right wing and its anti-immigration platform has hugely impacted the policies enacted by successive governments, including Social Democrat-led ones. Recent poor election results suggest DF’s power may be waning, for the time being at least.

The parties in the ‘blue’ half of Danish politics are rounded out by two relative newcomers: Liberal Alliance, a libertarian party formed in the 2000s; and Nye Borgerlige, founded in 2015. Nye Borgerlige, which does not have an official English name, combines small-government ideology with fierce opposition to immigration, arguably seeking to overtake DF by appealing to far-right voters through anti-Islam invective.

But that only makes nine parties. You said there were more?

There are two more – the environmentalist Alternative party, who first appeared in the 2010s but who are now waning in popular support and member numbers; and the Christian Democrats, an old but small party who gained parliamentary representation when their only MP Jens Rohde defected from the Social Liberals in January this year.

There are also parties who have been approved to run in elections but are not in parliament because there has not been an election since they were formed or approved (general elections are every four years). To be able to run for an election in Denmark, parties must get 20,182 so-called citizens’ nominations (vælgererkæringer) required to be rubber-stamped for inclusion on election ballots.

This is the case for two parties currently: the Vegan Party and the new party formed by ex-PM Rasmussen after he left the Liberals. Rasmussen named his new party the Moderates.

On the flip side, another party, the Independent Greens or Frie Grønne, does have members in parliament — mostly former members of the Alternative party who were elected while still in that group. But because the Independent Greens have yet to register 20,182 citizens’ nominations (vælgererkæringer), they cannot yet appear on general election ballots and their MPs are listed as independents (løsgængere).

Each party appoints a roster of ørdførere or spokespersons, broadly covering the same portfolios as the government ministries. In some cases, parties also have a politisk ørdfører (political spokesperson) which is a more senior role. In the Red Green Alliance, which has a flat hierarchy with no “leader” title, the political spokesperson is effectively head of the parliamentary group. 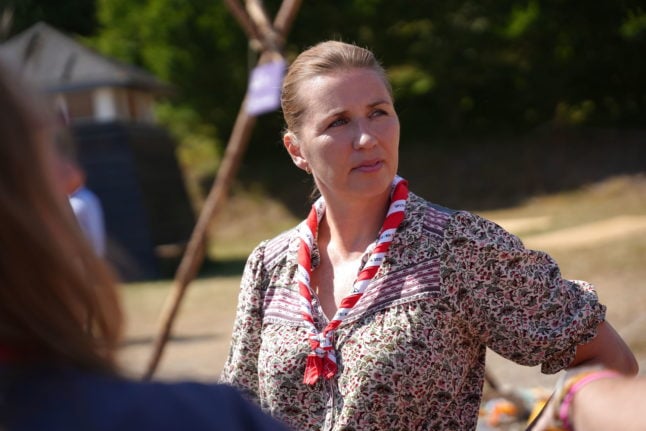