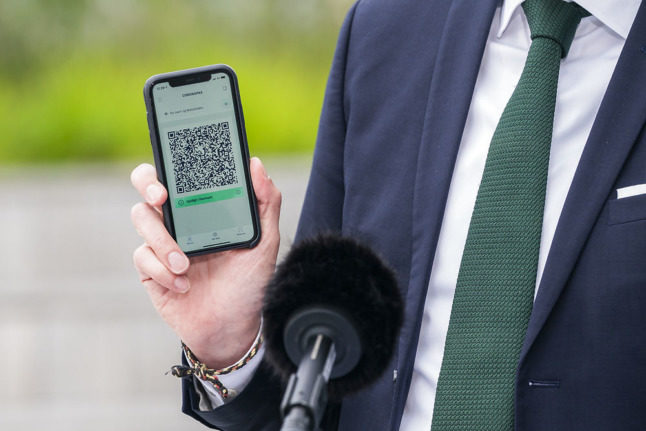 The government on Monday evening announced it wants to reintroduce rules requiring a valid coronapas at bars, restaurants, nightclubs and large events, amid surging cases of the coronavirus in Denmark.

The coronapas is used to document a recent negative Covid-19 test or immunity against the virus due to vaccination or recent recovery from infection.

Covid-19 will meanwhile again be classified as a critical threat to society, a status it had until September this year.

“The Liberal party can support health authorities’ recommendation for coronapas in specified areas during a period of time based on increasing infections,” Liberal health spokesperson Martin Geertsen told Ritzau in a written comment.

The government’s advisory Epidemic Commission earlier on Monday recommended the change of status of Covid-19 from “infectious disease” to a “critical threat” to society. That is a reversal of the move in September, when earlier restrictions were lifted.

Parliament’s epidemic committee (udvalg in Danish, not to be confused with the Commission, kommission)  is scheduled to meet this morning to discuss the issue. For the status of Covid-19 to be changed to critical, and for coronapas rules to be reimplemented, a majority in parliament must not oppose the change.

As such, the committee, which has representation from all of the parliamentary parties, has a key role in enabling the coronapas to be reinstated.

Red Green Alliance health spokesperson Peder Hvelplund said his party “naturally” supported the “clear” Commission recommendations, but also called for a “clear strategy for how we manage corona through the autumn and winter”.

Health Minister Magnus Heunicke confirmed a valid coronapas would be needed at nightclubs, cafes, on party buses and at indoors venues where food and drink are served, should it again become effective.

The period for which earlier infection can form the basis for a valid coronapas will be reduced from 12 months to 6 months, Heunicke said during the briefing.