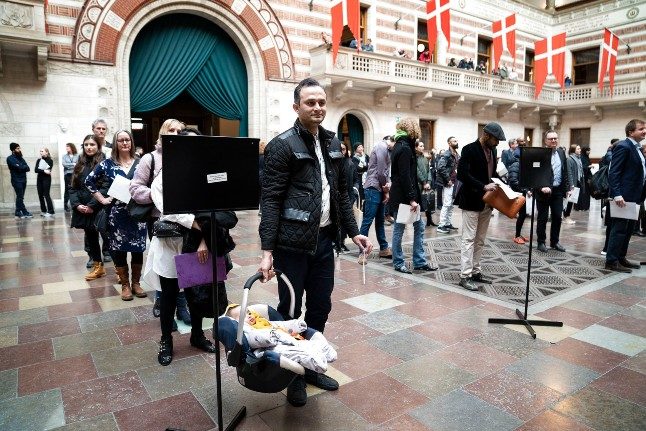 All foreigners in Denmark are criminals. That’s the impression one gets when hearing the comments from some Danish politicians and seeing the headlines in newspapers.

In April, a new agreement was made between the government, Liberal Alliance, the Liberal Party and the Conservative Party to tighten many of the requirements one needs to fulfill in order to be granted Danish citizenship. The headline of the agreement on the Ministry of Immigration and Integration’s own website reads “Broad agreement excludes criminals from obtaining Danish citizenship”.

But this title is misleading and manipulative, not to mention unfair. The premise of this ‘criminal sales pitch’ is entirely wrong.

Firstly, even before this new agreement, it was already impossible to obtain Danish citizenship for anyone who had committed a serious crime warranting a prison sentence of more than one year. These new rules give a life sentence to people who made, and have paid for, stupid mistakes.

Secondly, the agreement on Danish citizenship contains many aspects, some of which are completely out of proportion. The agreement hits law-abiding, hard-working residents in Danish society. In fact, the majority of those impacted by the changes in the new agreement are those who are not currently employed for at least 30 hours a week – students, nurses, and other part-time healthcare workers, stay-at-home parents, and people who have lost their jobs due to corona.

To tighten the requirements on citizenship is one thing, but the government and agreeing parties went a step further and decided that these new rules should affect people who in many cases already applied for citizenship a year ago. Despite the circular (the document which makes the agreement official) being published on the 6th of May 2021, all applications for citizenship received after the 10th of April are impacted. That’s not April 2021, that’s April 2020. This 13-month retroactive application of the rule changes has been, rightly so, heavily criticised.

Fair Statsborgerskab will confront the Minister of Immigration and Integration, Mattias Tesfaye, with this and other critiques on the 17th of June from 16:00 when we hold a virtual public meeting with him.

During the meeting, three impacted Danish residents will speak to the Minister, and those following along online will have the chance to ask their questions. The meeting will be live-streamed on our Facebook page.

There is a structural issue behind how citizenship is handled in Denmark, and we at Fair Statsborgerskab believe that citizenship should not be granted by parliamentary decisions. The political agreement and the resulting circular on Danish citizenship are not in themselves laws. This agreement takes place primarily behind closed doors. No hearings take place, as in the case of the normal law-making process, and neither research nor experts in citizenship matters are taken into consideration.

The resulting set of rules governs the process by which applicants are selected to appear on a law granting citizenship. Upon becoming a naturalised Danish citizen, your name may have been sent through parliament three times before being signed into law. But the rules on how you got that citizenship only need a majority in parliament to write them up and agree to them.

On the 10th of May, four days after the new circular was published, Fair Statsborgerskab sent a long mail of unresolved questions to the Office of Citizenship (Indfødsretskontoret) to hear how they will interpret the new rules when reviewing applications for citizenship. One month later, those questions remain unresolved, as they are unable to provide us with concrete answers yet.

This is a huge problem, one that came about only because the politicians sitting behind closed doors desperately wanted to publish their new agreement and circular, before the work of civil servants was complete. We can only assume that this rush was so that 16 people whose names were scheduled to be presented for citizenship in April could be removed from the list.

There were people who had applied for citizenship 16 or more months before, and had received letters telling them that they fulfilled all the requirements for citizenship. Suddenly these 16 people were told that the rules had changed and they wouldn’t be getting citizenship after all – and they never could.

For these unfortunate 16, and for all those affected by the tightened requirements, the politicians behind the agreement will fall back on exemptions. “Unreasonable requirement? But applicants can apply for an exemption!” This is again a misleading statement as experience shows that exemptions exist only in theory. The process for exemptions is convoluted, biased, and in no way transparent. Exemptions are reviewed not by civil servants following a set of laws, but by politicians eyeing the ballot box. If someone is lucky enough to have their exemption request reviewed, but it is rejected, that Danish resident has no legal recourse to have their case reviewed by a different panel. They don’t even have the right to receive a reason for the rejection of their application. This kangaroo court has no place in a country run by the rule of law.

We often hear that citizenship is not a right. That might be correct; but in a country run by the rule of law every resident should be assured of the existence of a high degree of legal certainty, that decisions in legal matters are not taken arbitrarily behind closed doors, and especially not affected by the prevailing political mood.

It is paradoxical that citizenship applicants, in addition to fidelity to Denmark and respect for Danish legal principles, must also declare that they will respect Danish values, including Danish democracy, when the parties to the citizenship agreement obviously do not themselves take into account quite ordinary legal principles and democratic rules of the game.

And that’s why we say – like so many others – enough is enough! We hope you will join in with us on the 17th of June when we meet with Mattias Tesfaye and ask him to explain how this process is at all democratic and just. How is this fair?