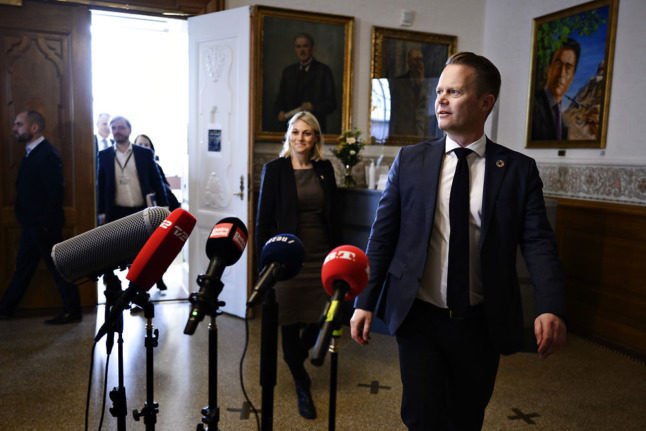 A report by a commission studying the conditions for repatriation was submitted to the government prior to the announcement. The two camps, al-Hol and al-Roj, house former Islamic State (Isis) militants and their sympathisers.

“The situation as regards humanitarian security in the camps has deteriorated. Particularly in the al-Hol camp, where there is a shortage of food and medical care,” foreign minister Jeppe Kofod told a press briefing.

An assessment by Denmark’s security service PET previously concluded that leaving the children in the camps represented a greater long-term security threat to Denmark than repatriating them, due to the risk of radicalisation in the detainment centres.

The decision appears to represent a significant climbdown by the government, with Prime Minister Mette Frederiksen for long time having refused to countenance repatriating the children. It also comes after significant pressure from parties on the left, which prop up the minority Social Democratic government.

The government will now work to repatriate the children and their three mothers. It also wants to extract a further five Danish children from the camps, but without their mothers. That would require permission from the mothers, who have not given it.

The three mothers whom the government plans to repatriate have the right to return to Denmark because they are citizens of the country, although the government is not obliged to assist their return. They can expect to face prosecution in Denmark, justice minister Nick Hækkerup confirmed.

“The must face the consequences of their actions and we will seek to arrest them as soon as they put their feet on Danish soil,” Hækkerup said.

In March, a broad parliamentary majority approved the appointment of the commission, which it called a “task force”, to make recommendations on the situation with the children and their mothers, including how they could be evacuated.

Those recommendations were taken into account in the government’s decision and include a security assessment by PET, news wire Ritzau writes.

According to PET, at least 160 people from Denmark have gone to fight in Syria or Iraq. Around a third of them have been killed in battle, 32 are still there and around a half have returned to Denmark or gone to live elsewhere.

The jihadist network is considered by PET to be the greatest threat to Denmark’s security.

Elsewhere in Europe, Belgium announced in March its intention to “do everything possible” to repatriate 30 Belgian children from Syria.

In December, Germany and Finland announced that they had repatriated 18 children and five women from northern Syria, some of whom face trials for belonging to the Islamic State group.

Norway recently gave a three-and-a-half-year prison sentence to a 30-year-old woman whom it repatriated from Syria. The woman, who was in Syria from 2013 to 2019 and married three different Isis militants, was brought back to Norway in January last year with her children, one of whom was ill, from the al-Hol detention camp.