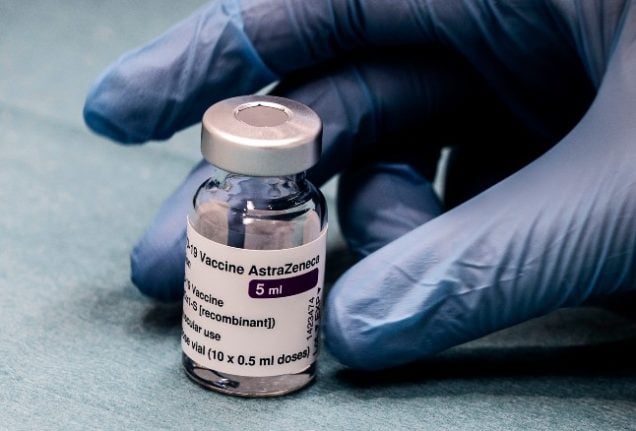 A vial of the AstraZeneca vaccine. Photo: Liselotte Sabroe/Ritzau Scanpix

“It is the judgement of the Danish Health Authority that a system can be established were optional covid-19 vaccines that are not recommended or offered in the mass vaccination program can be given,” the agency concluded in the document.

In the document, the agency underlines that the decision on whether to give out the AstraZeneca and potentially the Johnson&Johnson vaccine to those who volunteer for it was up to the government.

Denmark’s health minister Magnus Heunike is holding a meeting at 2pm on Monday with representatives from Denmark’s parliamentary parties where he is likely to give an update on Denmark’s plans both for the AstraZeneca and Johnson&Johnson vaccines.

The Danish Health Agency in April decided to discontinue the use of the AstraZeneca vaccine owing to rare but serious side effects involving blood clots, and brain haemorrhages. The vaccine is, however, still approved for use in Denmark and the agency has not ruled out bringing it back into use.

According to Denmark’s Ritzau newswire, three medical groups a have proposed giving the AstraZeneca vaccine to those who put themselves forward to be given it, including Practio, the Danish medical firm that has given lots of vaccinations in the UK.

The agency is expected this week to give details on how it proposes to use the Johnson & Johnson vaccine.