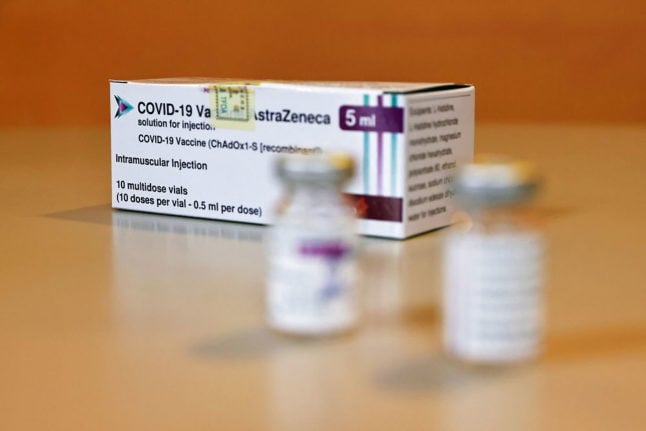 The Nordic country said on Tuesday it would stop using the AstraZeneca Covid-19 vaccine altogether, becoming the first European country to do so over suspected rare but serious side effects.

Despite recommendations from the World Health Organization and European medicines watchdog to continue using the inoculation, “Denmark’s vaccination campaign will go ahead without the AstraZeneca vaccine,” Health Authority director Søren Brostrøm told a press conference.

Despite the decision to stop using the vaccine, Brostrøm called it “effective and accessible”.

“It has been a difficult decision in the middle of an epidemic to continue the vaccination programme without an effective and accessible vaccine against Covid-19. But we have other vaccines available and we have good control over the epidemic,” he said.

“At the same time, we have come far with vaccination of older age groups for which the prevention potential of vaccination is greatest,” he added.

Denmark initially paused use of the vaccine on March 11th before extending its suspension by three weeks from March 25th. More than a dozen countries followed suit but all but a few have since resumed the use after the European Medicines Agency (EMA) emphasised the benefits of the vaccine and deemed it “safe and effective”.

Last week, the EMA announced it had come to the conclusion that unusual blood clots suffered by numerous people around Europe should be considered as rare side effects of AstraZeneca’s Covid-19 vaccine, but that overall the benefits of the jab outweigh the risk.

The Danish Health Authority subsequently said it would await the results of the country’s own studies on the rare cases of blood clots linked to the vaccine before making a final decision on whether to resume its use.

“We now know that there is a possible biological explanation that the AstraZeneca vaccine can cause the rare cases of blood clots. We can see that,” Brostrøm said.

Danish Medicines Agency head of department Tanja Erichsen said at Tuesday’s briefing that Denmark agreed with the EMA verdict that the benefits of the AstraZeneca vaccine outweigh the risk.

“Overall, it is a safe and effective vaccine for the treatment of Covid-19 disease,” she said.

The health authority also said it did not rule out reinstating the vaccine in future.

In Denmark, two cases of thrombosis, one of which was fatal, were linked to vaccinations after more than 140,000 people received the jab made by the Anglo-Swedish drugmaker.

People who have received a first dose of the AstraZeneca vaccine in Denmark will now be offered an alternative vaccine, the health authority has confirmed.

However, there was no immediate need to re-vaccinate them, Brostrøm said.

“They were scheduled to be re-vaccinated after 12 weeks. Those 12 weeks have not yet passed. So it is not a question of them waiting for re-vaccination now,” he said.

“That is partly because you get very good protection after the first injection (of the AstraZeneca vaccine,” he added.

In the country of 5.8 million inhabitants, eight percent have been fully vaccinated against Covid-19, and 17 percent have received a first dose.

Since suspending use of the AstraZeneca jab in March, Denmark has continued with the Pfizer/BioNTech and Moderna jabs.

The AstraZeneca suspension delays the country’s vaccine rollout plans, but the health authority said in a statement that the availability of other vaccines combined with the pandemic being under control at the moment meant the inoculation campaign could continue without it.

But the date by which the country expects to have vaccinated all people over the age of 50 has been pushed back by two weeks, according to an updated version of the health authority’s vaccination calendar. That places the date in the last week of May.

The milestone is an important one because the government has earmarked it as the point by which it hopes to have lifted the majority of the country’s Covid-19 restrictions.

Delays are also likely in relation to the situation with the Johnson & Johnson vaccine after the American company yesterday announced it would put its European rollout on hold.