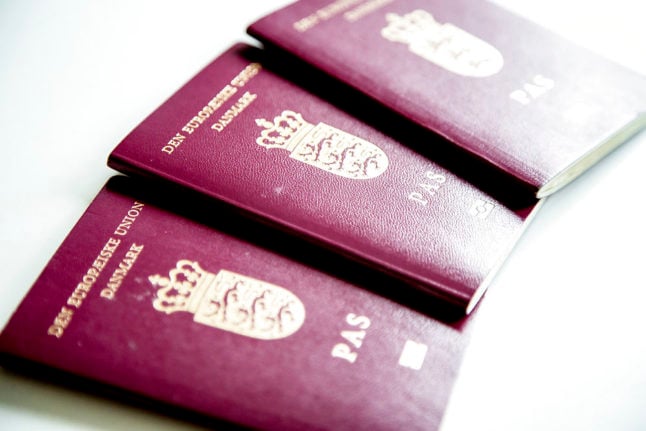 A total of 7,076 people were granted Danish citizenship in 2020 according to Statistics Denmark (DST).

A possible causative factor in this is the 2015 law change which allowed Danish nationals to have dual citizenship. 4,498 citizenship were granted in 2015, the cycle immediately prior to the law change.

Where do most ‘new Danes’ come from?

In 2020, like most years before it, the majority of people acquiring citizenship came from outside the European Union: 4,647 or roughly 70 percent. That’s what you’d expect, since people with EU passports already enjoy most of the same rights in Denmark as Danes and therefore have less incentive to apply for citizenship.

This was the first year that the top spot belonged to the United Kingdom. This anomaly could be attributable to Brexit, with Danish-resident citizens of the UK potentially seeking Danish nationality to remain members of the European Union.

In 2017, the country with the most successful citizenship requests was Bosnia and Herzegovina, marking the first time since 2006 that the top country was not Iraq.

This may reflect a broader trend in Danish politics which has popularised limiting immigration and citizenship for individuals originally from non-Western or Middle Eastern countries.

This month, the centre-right Liberal party proposed interviews to test whether citizenship-hopefuls subscribe to ‘Danish values’ as part of the application process.

A proposal by the far-right Nye Borgerlige party would meanwhile change the way the Danish parliament processes citizenship applications so that individuals can be more easily rejected.

And the Danish People’s Party says it wants the religion of newly nationalised Danes to go on public record under new citizenship rules, and to ban citizenship for people married to foreign nationals.

The government is reported to be prepared to consider each of the proposals.

How do most people qualify for Danish citizenship?

In The Danish Institute for Human Rights’ Report on Citizenship Law, the organisation argues that “Denmark has the most stringent barriers to naturalisation among the Nordic countries, which may have to do with the fact that criteria for naturalisation are not adopted by law, but negotiated and agreed upon by political parties representing a majority in Parliament.”

Danish citizenship can only be granted to foreign nationals via legal nationalisation: your application must actually be approved by a parliamentary majority. Accepted applications are normally processed in parliament twice yearly, in April and in October.

Citizenship entitles you to a Danish passport and gives you the right to vote in parliamentary elections, as well as providing a permanent basis for residency in the country.

You must, of course, meet a number of closely-defined criteria and requirements in order to be eligible for citizenship by naturalisation. These fall into six broad categories.