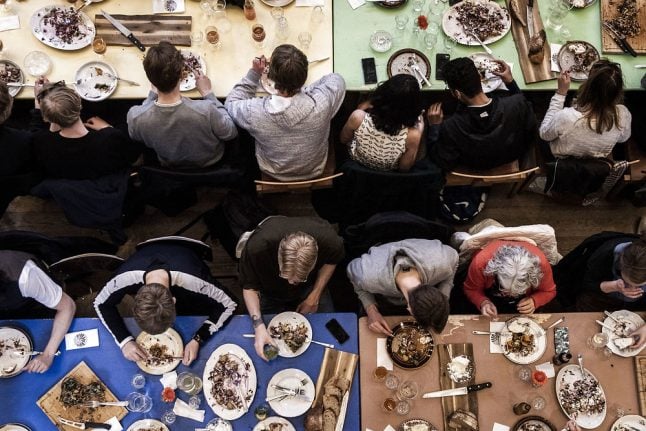 Denmark can change the way you think about food and drink. Photo: Maria Albrechtsen Mortensen/Ritzau Scanpix

When you first move it's likely you'll still be craving baked beans and pouring milk into your tea (well, maybe not everyone – but I still do both of these after many years).

Sooner or later, though, you'll probably find you've ditched some of your old ways and adopted Danish-style dining habits.

Here are some of the ways your eating and drinking habits might change in Denmark.

Let’s get the obvious one out of the way first. Dark rye bread (rugbrød in Danish) is a mainstay of almost every Dane’s daily diet. But for the newcomer, it can be heavy going in terms of taste and consistency alike.

After a while, though (and probably after a lot of toasting on the flatbed-style toasters commonplace in Denmark) you’ll probably find yourself reaching for the dark stuff more often than lighter, whiter bread products. Most Britons are used to drinking big mugs of strong black tea with plenty of milk and sugar. In Denmark, things are done quite differently. I recently went to a café in Copenhagen with a visitor from the UK who was quite baffled when he ordered a cup of tea and was presented with a round metal contraption to hold the leaves, and boiling water in a (gasp) glass! What's more, there was no milk in sight. He had to go back to the counter and ask for it.

But once you've been in Denmark for a few months or years, you might be surprised to find yourself not only going ahead and drinking your milk-less tea, but embracing the range of flavours and infusions that fall under the Danish concept of a cuppa. Lovers of chilli and all things hot and spicy will probably find Denmark positively mild. Those of us who love Indian food will have to take time to hunt down a restaurant: there are fewer than in other countries.

If you want your shawarma (kebab) or falafel sandwich to be spicy, meanwhile, you’ll have to ask them to put rigtig meget (a lot) of chili sauce in. Just asking for chili sauce without the emphasis will probably result in a tiny amount which you can barely taste, but is presumably acceptable to more refined Danish palettes. At occasions like weddings, Christmas lunches (which are not to be confused with Christmas parties, julefrokoster), christenings or confirmations, each course is punctuated with long breaks for speeches, singing, and socializing. This can feel quiet alien compared to other cultures, where the meal is a precursor to the singing and dancing (particularly in the case of weddings).

After enough interminable stints at Danish dining tables, however, I’ve started to find that I prefer to go slow, and feel rushed if the dessert comes around too quick. This is related to the earlier point about spicy food, but Danish food has a rather different use for curry (the spice, not the dish).

‘Curry’, associated with lamb jalfrezis or chicken vindaloos in many other countries, becomes ‘karry’ in Danish, where you’re more likely to find it as a dressing in a supermarket sandwich or to go with herring. Or perhaps in a classic traditional Danish dish, the ever-popular boller i karry (pork and veal meatballs in curry) . Each of these iterations of curry tastes… less delicious than a curry. If there’s one Danish food habit I’m yet to get used to, it’s probably this one. Did I leave out any good examples or do you disagree with my takes on getting used to eating and drinking habits in Denmark? Let me know and I’ll include the best suggestions in a follow-up article.