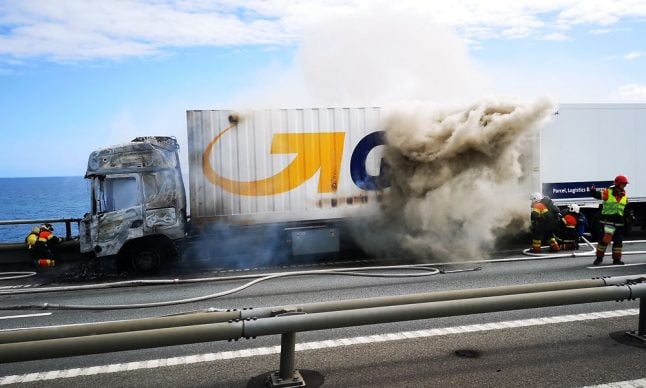 The lorry was engulfed by flames on the ‘low bridge’, the non-suspension bridge section of the fixed link.

Police were alerted to the burning vehicle at 2:35pm and the bridge was subsequently temporarily closed on its eastbound side.

Although one lane was reopened shortly after, traffic delays persisted throughout the afternoon and evening.

A number of motorists were given fines for filming the scene with their mobile phones as they drove past.

Police were unable to say with certainty what had started the fire.

“One of the truck’s tyres burst shortly before it caught fire, but it is too early to say whether there is a connection between the burst tyre and the fire,” Christensen said.

The fire was completely extinguished by 8pm, over five hours after it began.

“The truck had just refuelled with 1,000 litres of diesel, so maybe that’s why (it took so long to put out the fire),” Christensen said. 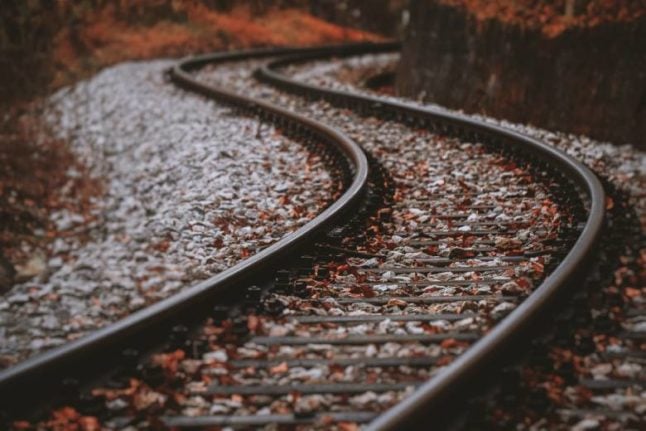 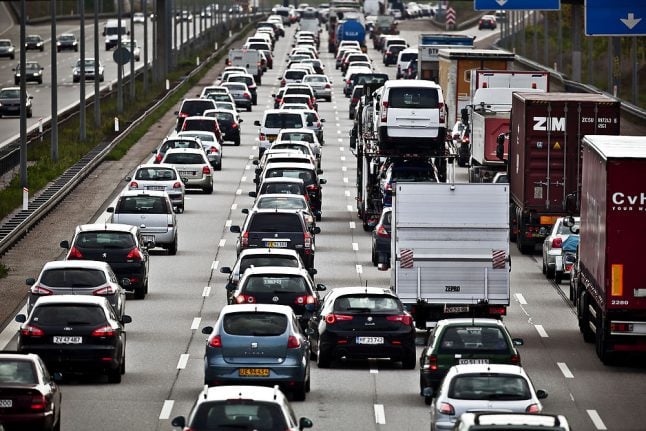 The commission for green transition of private vehicles has delivered its conclusions to the government of how to increase the number of green cars on Denmark’s roads, the Ministry of Tax said in a statement.

The reports sets out pathways to reach the country’s goal for all newly-registered cars to be emissions free or low emissions by 2030. The commission set out scenarios in which that goal could be achieved while maintaining the state’s income from private car ownership, according to the ministry statement.

Costs to the country’s economy were also taken into consideration, while avoiding creating further social inequality was also a priority for the commission.

“The motor commission has submitted a thorough analysis of the options for getting more green cars, which I look forward to reading. The government wants a green transition. Given that transport comprises a good 25 percent of total CO2 emissions, cars are an important step to achieving the government’s 70 percent (emissions reduction) goal by 2030,” tax minister Morten Bødskov said in the statement.

The commission’s recommendations include increasing petrol and diesel prices, subsidies for electric cars and a general road tax of 1,000 for which all motorists will be liable.

That would balance costs with 750,000 electric cars on the road by 2030, a realistic figure given economic factors, according to the commission.

But The Danish Council on Climate Change (Klimarådet), which advises the government on climate issues, maintains that one million electric cars by 2030 should be the target if the overall climate goal of 70 percent emissions reduction is to be achieved, DR writes.

The key recommendations are as follows:

According to its climate plan, Denmark must reduce greenhouse gas emissions by 3.4m tonnes a year by 2030 to fulfil the goal of a 70 percent reduction in greenhouse gases compared to the level in 1990.

The motor commission states that a million green cars on the roads could cut emissions by 1.5 million tonnes.

READ ALSO: Down but not out: how Covid hit Denmark's climate plans 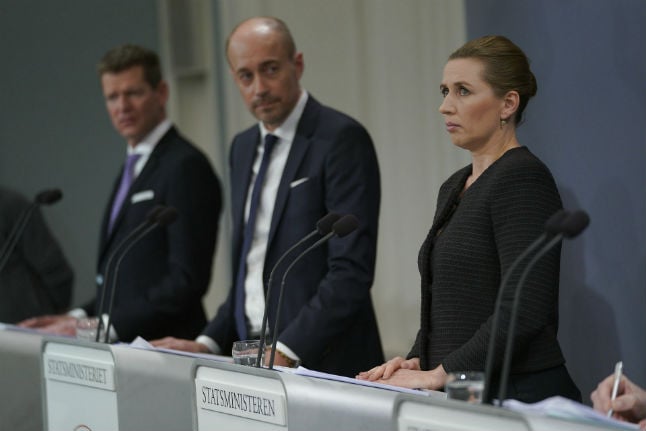