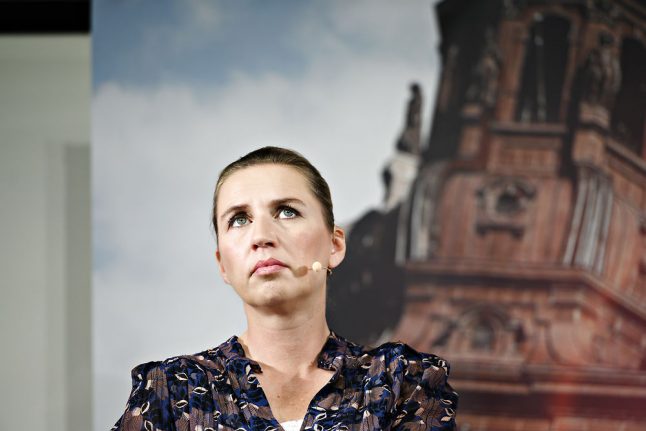 The Social Democrats emerged as the biggest party with 25.9 percent of votes and have adopted much of the far-right's hardline ideology and rhetoric on immigration, like most other parties in Denmark, pulling the rug out from under the far-right.

Its weak showing deals a blow to the party that has heavily dictated immigration policy in Denmark for two decades.

The Social Democrats and three other left-wing parties now hold a majority of 91 of 179 seats in parliament, while the right-wing won 79.

But Frederiksen has indicated she hopes to build a single-party government — common in Denmark under its system of proportional representation — that would rely on other parties on the left and right for support depending on the issue.

She is expected to want to collaborate with the right-wing on immigration, and with the left on most other issues.

But her left-wing allies are expected to pressure her heavily to accept their conflicting demands in exchange for their support.

“There will be intense negotiations … on the conditions for allowing Mette Frederiksen to become prime minister,” University of Roskilde political scientist Flemming Juul Christiansen told AFP.

She “will now have to demonstrate whether she has the shoulders of a stateswoman, capable of rising above old conflicts to seize the opportunity voters have given the centre-left,” the centre-left daily Politiken wrote in an editorial, predicting “a war of nerves”.

Rune Stubager, a political scientist from Aarhus University, ruled out the possibility of a grand coalition.

“The distrust on both sides is too high,” Stubager said.

The left-wing parties were swift to set their terms.

One of their top demands, and one of voters’ main concerns, was aggressive action on climate.

Her party was one of the big winners on Wednesday, clinching 7.7 percent of votes, up from 4.2 percent in 2015.

And the Red-Green Alliance, which won 6.9 percent of votes, warned: “To form a government with our support, we want a new direction for the welfare state and the climate.”

Frederiksen can also expect thorny dealings with another key ally.

Frederiksen said after her election victory that the Social Democrats wanted “to negotiate broadly.”

The parties were expected to begin their negotiations later Thursday, Danish media reported.

Earlier in the day, Rasmussen tendered his resignation to Queen Margrethe.

She was then scheduled to consult with party leaders about who should build the next government.

The queen is broadly expected to task Frederiksen, a 41-year-old party veteran who made her debut in parliament at the age of 24, with the job.

Frederiksen has previously served as employment minister and then justice minister during the last Social Democratic government, in power from 2011-2015.

READ ALSO: What we learned: Seven things to know about the Danish election result