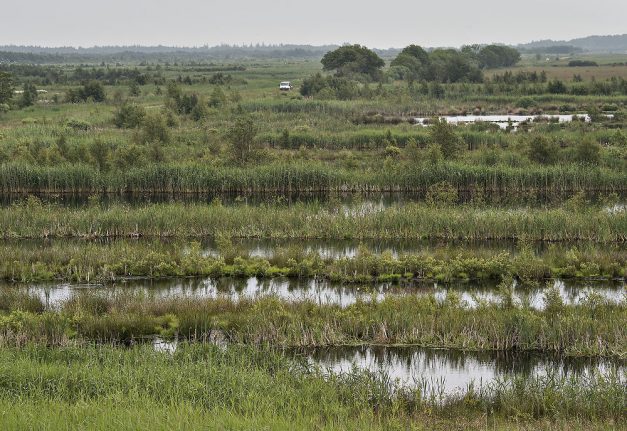 A panel composed of eight specialists appointed by the ministry was tasked with the project to find 15 locations for the list, which has been given the name ‘Naturkanonen’ (The Nature Canon).

The jury received 1,670 nominations in more than 500 locations after giving the public the opportunity to send in their suggestions.

“It was a great and pleasant surprise to receive the thousands of comments from Danes on how much nature means to them. We have something unique and we should value and preserve it,” Susanne Sayers, head of the jury which selected the final 15, said in a press statement.

Minister for the Environment and Food Jakob Ellemann-Jensen also expressed his enthusiasm.

“Even now, at the end of November, there are fantastic experiences out in the Danish nature. I love being outside and have personally visited all the places in the list. These are some incredible places, and I can only recommend visiting them,” the minister said.

The final 15 sites were selected based on criteria including:

Areas chosen for the list include Skagen and Råbjerg Mile in northern Jutland, famed for the dramatic meeting of two seas, the Kattegat and Skagerrak; and the largest drifting sand dune in Denmark.

Skagen is also the most northernmost town in Denmark and its unique light, art museum and sun that shines longer than anywhere else in the country are part of its draw for tourists.

Vind Hede and Stråsø Plantage, located in mid-Jutland, is one of Denmark’s largest shrubland areas and representative of the landscape that once covered much of Jutland.

Surrounded by an oak forest, this sheltered expanse has given nature a chance to flourish: red deer, wolves, beavers, wild salmon, otters, ravens, geese and other small birds have found home here. It is also the birthplace of the first wolf cubs in Denmark in the last 200 years.

Southern Denmark’s Mandø and Wadden Sea are also included on the list. The island of Mandø has only around 37 inhabitants, and visitors must pay attention to the tides in order to drive over safely.

It is estimated that 12-15 million birds visit the Wadden Sea area yearly.

Mandemarke Bakker and Møns Klint is an area particularly famed for the distinctive white, chalk cliffs of Møns Klint. These stretch for approximately six kilometres and drop 120 metres down to the sea.

The unique landscape has inspired and been popular amongst many landscape painters.

Meanwhile, Bornholm’s Ertholme is a cluster of small rocky islands including the two which are inhabited, Christiansø and Frederiksø, along with Græsholm, a bird sanctuary.

Christiansø is a walled-in island, where the fortress of Christian V still stands, unchanged since it was built in 1684. The island has been used as a fortress since the Middle Ages.

More information about each location can be found via the Ministry of Environment and Food (in Danish).