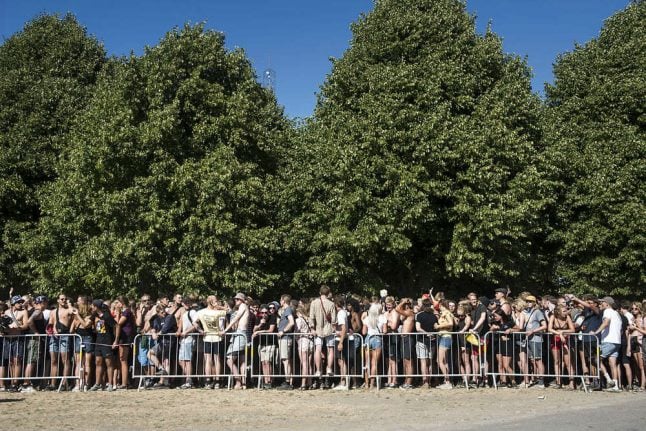 A queue at the Roskilde Festival. Photo: Sofie Mathiassen/Ritzau Scanpix
Getting straight to business with minimal pleasantries
Let’s kick this list off without further ado. Most working Danes have two personas. The first is activated from roughly 9am-5pm, during which time we are something reminiscent of Terminators with the ‘kill’ function disabled: expressionless, impersonal, and determined to avoid small talk while we dedicate ourselves entirely to the successful completion of whatever we’re working on.
At 5pm, however, we switch off and become human again. Understandably, non-Danes find it difficult to develop friendships with their Danish colleagues, who often appear uncomfortable spending more than a couple minutes at a time on chit chat. It’s not that we don’t like you. In fact, we may even want to get to know you better – just not during working hours.
Queueing everywhere
Many a time have I walked past a line of people in London and nod with approval; Brits are one of the few peoples in the world whom we consider fellow masters at queuing. Considered one of the bedrocks of civilisation among Danes, queuing is what separates us from the animals.
We form lines with military precision and invidiously guard our spots in them against all threats, even toddlers. Woe unto the uninitiated foreigner who does the unthinkable and cuts the queue – we won’t actually say anything to the offender, but you can be certain that we’ll vent about it to everyone we know for weeks afterwards.
The only time that it’s not necessary to queue is at train and bus stations, where everyone tries to force their way in without actually making physical contact with anyone. Are the Danes as good as the British at queueing? Photo: Mads Claus Rasmussen/Scanpix 2017
Making light of serious stuff
Back in university, I was chatting with a Swedish friend over drinks about where we could spend our internship semester. She mentioned that it could be interesting to do an internship at a UN agency in North Korea. I remarked, deadpan, that they probably didn’t need any more free labour over there.
A lot of things that a typical Dane tries to joke about also happen to be things that probably shouldn’t be joked about. We can be as subtle as the Germans and as sarcastic as the Brits, but we also have a dark side to our humour that revolves around challenging political correctness and provoking what can be called a ‘guilty laugh’, often forgetting that a lot of foreigners find it horribly offensive. “Well, yes. That’s the whole point,” we say. Awkward silence ensues.
Cycling everywhere
Us Danes learn to bike at a very early age and it simply grows on us as our preferred mode of transportation, hopping on our two-wheeled steeds even if there’s a snowstorm outside, and happily thumbing our bells on those rare days when the weather’s pleasant. And no, we don’t wear helmets either; it’s so uncool, and more importantly it messes up our hair.
Every Dane owns a bicycle, has had at least two stolen, and will confess after a few drinks that they’ve also stolen a couple themselves. Photo: Mads Claus Rasmussen/Ritzau Scanpix
READ ALSO: Inflatable bicycle helmet doubles sales in Denmark
Not mincing words
Danish has a tenth of the vocabulary of English, which is probably because we don’t really see a need for having more than one way to say something. We call ‘em like we see ‘em, and have a no-holds-barred approach to touchy topics like sex, politics, money, religion and culture, often not realising that the non-Dane who we’re sharing these opinions with is internally recoiling in horror at the turn the conversation has taken.
It’s even worse for many of us when we’re speaking English, as our more limited vocabulary forces us to be even more crude and direct. That said, there are some topics that even we consider off-limits: talking about our feelings, for instance, is a Dane’s least favourite pastime. Unless it’s angry feelings, like how outraged they were when their bicycle got stolen, or when some foreign guy skipped the queue in Netto.
READ ALSO: Danish words the world should start using
Leaving the baby alone in the carriage
Of course we’re more worried about where we park our bicycles than our babies when we’re out shopping. I mean, have you seen how much a decent bike costs in Denmark? And yes, we put our babies outside to sleep in their carriages year-round. That way we build up an immunity to those long and relentless winters. File photo: Bent K Rasmussen/Ritzau Scanpix
Refusing to take sole credit for anything
A Dane will try to pass off everything they’ve ever accomplished in life as a team effort, and short of subjecting us to waterboarding, you’ll never get us to confess to being anything more than ‘not too bad’ at our job or favourite pastime.
We’re afflicted by a cultural phenomenon called Janteloven (The Law of Jante), the basic principle being that the individual is inferior to the collective. We’ll mention the results of our work if asked – a gold medal, a big sale, or completing a marathon – but insist that it was only possible with the help of others. If there’s no getting around the fact that we did it entirely on our own, then we pass the credit on to dumb luck and favourable circumstances.
READ ALSO: Coming to terms with Denmark's Jantelov
Eating a lot of pork
You’ve probably heard that we have a lot of pigs in Denmark (roughly 2.5 per person), so it shouldn’t be surprising to learn that we routinely rank as having the highest per capita consumption of pork in the world, even beating the Americans.
In typical Danish cuisine, nearly all vegetables besides potatoes are regarded as colourful decoration to place around the meat, although there has been a trend over the past few years to get us to start eating a little healthier.
Nevertheless, many Danes retain an insatiable appetite for liver-paté, ham, bacon, salami, pork chops, meatballs, sausage, and other varieties of pork. I’ve been allowed to retain my citizenship despite turning vegetarian a while ago. Medisterpølse. File photo: Johan Gadegaard/Ritzau Scanpix
Refusing to be indebted to you
If you buy me a drink for 39.50 kroner, I’ll buy you one back for 39.50 kroner. If you hold the door for me, I’ll hold the next one for you. We simply can’t stand being indebted to others. We’ll go to silly lengths to ensure that we don’t land in that situation in the first place, which is why we generally buy our own drinks and/or pay our share of the tab.
We just want to keep relationships as equitable as possible. If you really want to make a Dane miserable, buy them a drink and then call it a night before they have the chance to get even. He or she will find a way in the not-too-distant future to repay you, though. We always find a way.
Flags. Everywhere. All the time.
Birthday cakes, Christmas trees, presents, buildings, window panes, gardens, shelves, shops, and even painted on our faces; there are very few things or places in Denmark that in our opinion wouldn’t look a little more festive with a giant Dannebrog flag (or lots of little ones) on it. I honestly have no idea why we do it, but what’s the harm? We just really dig our flag. Photo: Liselotte Sabroe/Ritzau Scanpix
Do you agree with the author? What other traits would you include? Let us know via email and we may include your comments in a future article.
A previous version of this article was originally published on May 25th, 2015.
READ ALSO: Five Danish social norms that might be new to newcomers 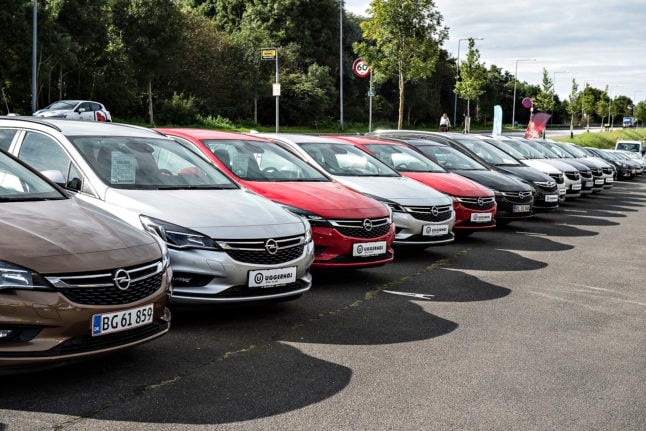 MONEY
Can ‘middle class’ Danish people afford to own a car?
Url copied to clipboard!