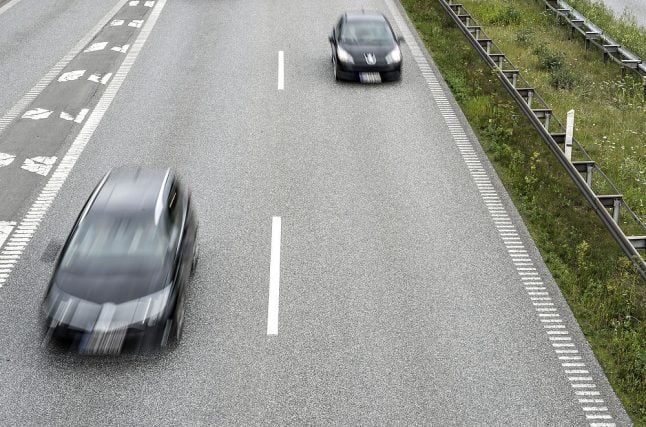 In a press statement, police asked members of the public who were in the area near the Ravnebjerggyden road southwest of Odense, on the northern side of the E20 motorway, to call the 114 police contact telephone number.

The 38-year-old driver of the car that was hit by a rock thrown from the bridge reported the incident to police, duty officer Anders Furbo Therkelsen said.

“The report was very specific, and that enabled us to move out to the motorway in numbers. We are now trying to clarify what happened,” Therkelsen said.

Nobody was hurt during the incident, which is the latest of several similar instances of rocks being thrown from motorway bridges near Odense and elsewhere in Denmark.

In 2016, a German woman lost her life when a rock thrown from a different bridge near Odense hit a car in which she was travelling. The case, which is being treated as murder, is yet to be solved.

Police asked anyone who drove underneath the Ravnebjerggyden bridge between 8pm and 10pm on Tuesday to get in touch, including those who recall driving over an object in the vicinity.

The E20 motorway was closed temporarily following the incident, and police took the step of a second closure on Wednesday in order to continue investigations.

“It was dark yesterday, so we have chosen to look again (today). That is based on the assumption we have not found the object which hit the car,” Deputy Chief Superintendent Jørgen Andersen said.

The closure was scheduled to take place from 6:30pm between junctions 52 and 53 headed west, before a closure on the opposite side of the motorway to complete the search.

Police estimated the closures would take around an hour for each side of the motorway.

READ ALSO: Police in Denmark hunt for 'serial criminal' behind rocks dropped on to motorway traffic