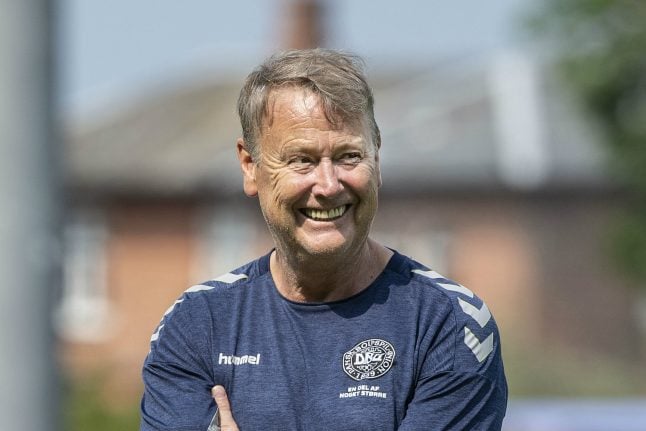 Being a Norwegian was a definite handicap when Hareide was named as the new Denmark coach in 2015.

How things have changed in a short few years.

The former coach of Swedish side Malmö took over from predecessor and former Denmark captain Morten Olsen, who had been in charge since 2000, after Denmark failed to qualify for the 2014 World Cup and European Championships in 2016.

Denmark now head for their fifth World Cup finals in Russia and under the 64-year-old Hareide's leadership, the Red and Whites have not lost an official match since October 2016, their best run in 110 years.

They qualified for Russia with a 5-1 demolition of Ireland in the play-offs.

“He not only conquered Ireland but also Denmark and all the sceptics who wondered why a Norwegian should lead the Danish national team,” VG added.

A former defender with Manchester City and Norwich City in the 1980s, and capped 50 times for his country, Hareide managed the Norwegian national side from 2003 to 2008 and also had club stints with Brøndby in Denmark and Molde in Norway.

He has been described as “an enlightened” boss of an exceptional group that could aspire to the heights reached by the Danish side that won the European Championship in 1992, according to the Danish daily Politiken. Can Denmark ever repeat the heroics of 1992? Photo: Palle Hedemann/Ritzau Scanpix

Confident in the ability of his squad, led by Tottenham Hotspur playmaker Christian Eriksen, Hareide says his side are afraid of nobody, including Group C rivals France, Australia, and Peru.

“We have nothing to fear,” the former Norwegian international told the French sports daily L'Equipe recently.

“I saw France against Poland and Sweden… it wasn't anything special,” Hareide told Danish newspaper Jyllands-Posten.

The Denmark coach must, though, be grateful for the emergence of Eriksen as a world class playmaking force in the Premier League with Tottenham and for the Danish national team.

Eriksen, a fleet-footed attacking midfielder with exceptional vision and an eye for spectacular long-range goals, smashed an outstanding hattrick in the 5-1 play-off second leg victory over Ireland. He scored 11 goals in 12 matches overall in qualifying.

Denmark open their World Cup campaign against Peru in Saransk on June 16th before a clash with Australia in Samara five days later. They travel to Moscow to face France in their final group match on June 26th.