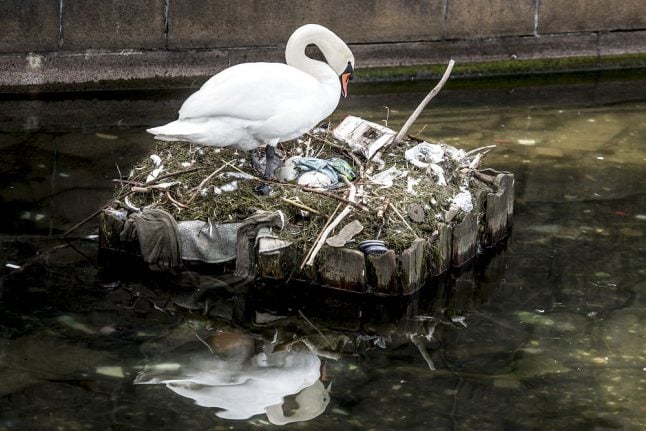 The swans' nests can be seen to partly consist of litter likely thrown from popular bridge Dronning Louises Bro, which connects the Inner City and Nørrebro areas, TV2 reports.

A similar issue with the swans’ nests was a talking point for conservationists in Copenhagen in 2017.

The rubbish can be a serious danger to the swans as well as to other animals, the Danish Society for Nature Conservation said.

“The problem is things like plastic, which are not degradable. If the animals eat it, they risk being killed by it. They are also at risk of becoming tangled up in it, and it is strong material, so that can also kill them,” the society’s president Maria Reumert Gjerding told TV2.

Plastic is particularly dangerous because animals can confuse it with organic materials, Gjerding added.

“We are very concerned. Natural material is broken down and breaks more easily when eaten by animals – but not with plastic, which animals can easily mix up [with natural material]. They think it’s natural, but it isn’t,” she said.

“That’s why it’s so important for us to remove plastic from natural areas, and not litter with it, but rather take it to where it can be recycled,” Gjerding urged.

Last year, 110,000 cans and 155,000 kilograms of litter were collected from natural areas during the initiative.