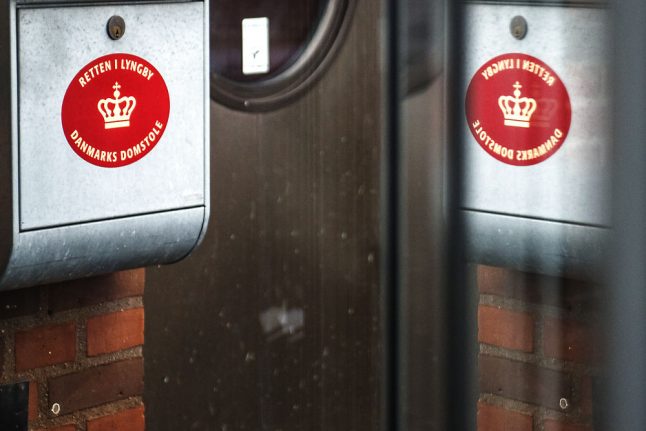 The man was charged for sharing the video on 12 occasions using the online platform.

The case is one of a number of 'test trials' related to a major police investigation into the distribution of explicit material on social media.

He admitted sharing the video with friends over a period spanning from autumn 2015 to 2016, but said he was not aware that the girl and two boys in it are under the age of 15.

“We place importance on the severity of this offence. But we have also considered that your part in this case is quite a small one,” presiding judge Rasmus Damm told the man.

In addition to the suspended sentence, the man was required to pay 10,000 kroner (1,300 euros) to the girl in the video.

After Monday's sentencing, the 20-year-old requested via his lawyer time in which to consider appealing the punishment.

The court trial relates to a major investigation announced last month by police in Denmark against over 1,000, mainly young, people over the distribution of explicit material on Facebook's Messenger platform.

The many suspects in the case are accused of sharing two explicit videos and one image using the social media.

A number of test trials have been scheduled at Randers City Court as well as at the city court in Lyngby near Copenhagen. Those cases will form the basis of the verdicts reached in the other cases.

In a test trial at Lyngby City Court, a 19-year-old man claimed on Monday to “not remember” whether he had shared the video in question.

He is charged with possessing and distributing child pornography as well as acting indecently towards the recipients.

“It was a slightly bizarre video. It got a lot of attention,” the 19-year-old said in court.

He told prosecution lawyer Bente Schnack he could not remember whether he had shared it himself.

“No, as I said, it was a long time ago,” he said in response to the lawyer, adding that he did not know whether his Facebook account had been used by others.

During proceedings, Schnack presented an excerpt from a series of communications on Facebook Messenger which show the accused to have written “two seconds, I'll just find it” in response to a request to see the video.

He also denied knowing the girl in the video was under 18 years old at the time of filming. Sign up here for our newsletter and we'll send you our daily picks of the best news, features and opinion from Denmark