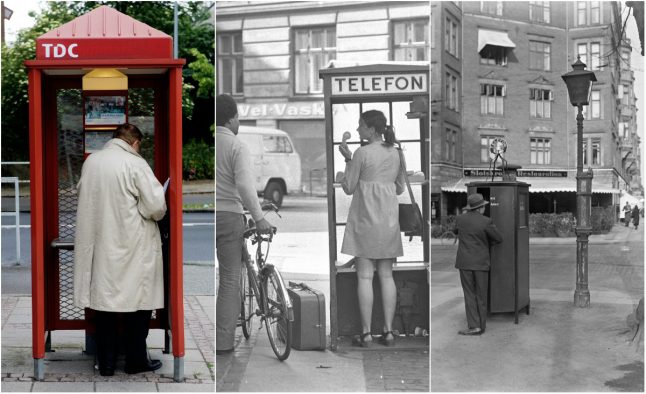 As many as 3,000 telephone boxes were still in operation as little as ten years ago, reports Aarhus Stiftstidende.

By 2010, that number had dropped sharply to 500, and they are now set to disappear from Danish streets forever.

With the all-encompassing smartphone era in full swing, Denmark has gone a step further than the United Kingdom, which removed around half of its remaining phone boxes earlier this year, by opting to eradicate the obsolete booths completely.

Telephones were removed from last of the boxes in Aarhus earlier this month.

Now all that remains is to demolish the booths themselves – located at the central rail station, Lille Torv square and Tordenskjoldsgade street.

Michael Hardrup, director of the Danske Mønttelefoner company which took over responsibility for the payphones from service provider TDC in 2009, confirmed their removal to Aarhus Stiftstidende.

“They were removed within an hour in Aarhus, and were ostensibly the last in Denmark,” Hardrup said.

Although not as aesthetically appealing as the iconic red British phone boxes, the disappearance of the Danish payphones is still a notable moment, representing the end of the public telephone epoch.

Coin-operated telephones first came to the Scandinavian country in 1934.

Public phones in the form of telephone kiosks – larger than the coin-operated cubicles – were first introduced in Copenhagen in 1896.

The first such kiosk in Aarhus appeared in 1900, and can still be visited in the city’s open-air historical museum Den Gamle By (The Old Town) – now as a reminder of a bygone age.