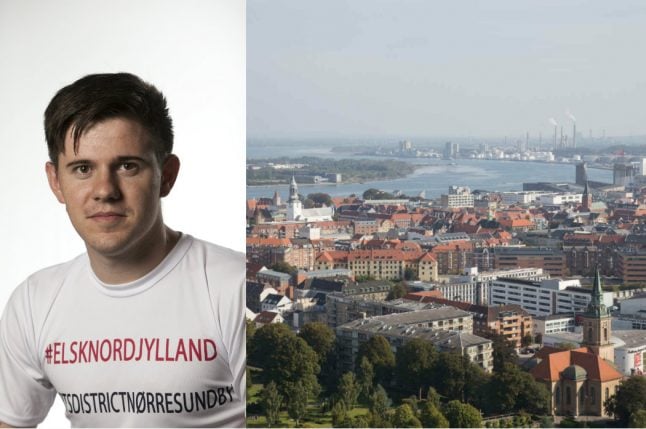 Matache is running for election to North Jutland’s regional council in elections (regionsrådsvalg) which take place on November 21st, the same day as regional and municipal votes across the country.

All EU citizens, including those who reside in an EU country other than that of their own citizenship, are eligible to vote in regional elections, as well as both municipal and EU parliament elections.

Denmark-based EU citizens who have been assigned a personal identification (CPR) number will receive voting cards by post prior to elections and can, in many parts of the country including North Jutland, already vote at libraries by producing the yellow Danish state health insurance card.

But many EU citizens in Denmark remain unaware of their democratic voice in the country, says Matache.

“The use of political rights by non-national European citizens is largely invisible,” says Matache, who has lived in Denmark for eight years and is standing for the Social Democrat party.

“I arrived in Aalborg in August 2009 from a small village in Moldovan Romania to study Marketing Management at the University College of Northern Denmark. I was among the first 300 international students in town, not much compared to the fact they represent ten percent of the population today, and for a non-Danish speaker there was not much going on,” Matache told The Local.

The Romanian says that this encouraged him to try to do something for foreign citizens based in the city.

Having been politically active in his native Romania, Matache decided to get involved in local politics in the North Jutland city.

The rights of EU citizens to both vote and participate in local European council elections provided him with this opportunity.

A 1995 European Council directive gives citizens of the European Union residing in a member state of which they are not nationals the right to vote and stand as a candidate in municipal, regional and European elections.

But Matache says that remarkably few EU citizens are actually aware of these democratic rights.

“I realised that if I could find a local candidate and make him or her aware of how many people no one bothers to convince to vote, we could get some attention on the local agenda for the internationals,” he says.

READ ALSO: Britain to allow ALL citizens living abroad the right to vote

In 2012 Matache found a candidate who was running for the first time for the city council and was willing to run a campaign in English with solutions to issues faced by internationals.

The candidate, Lasse Frimand Jensen, gathered enough votes to enter the city council, and delivered on the agenda proposed by Matache, something the Romanian says gave the municipality a more international outlook.

That campaign also encouraged international students in the city to become political active – the Aalborg branch of the youth wing of the Social Democrat party (Danmarks Socialdemokratiske Ungdom, DSU) has had up to 50 members, according to Matache, who has since become active in the party himself.

“In Aalborg, in 2013, we managed to convince hundreds to vote for the first time, and that created a whole lot of good things, for both internationals living in Aalborg and society as a whole. I believe this should be replicated everywhere, if we want a more fair and inclusive society,” Matache says.

The Romanian subsequently led internationally-focused campaigns supporting Ole “EU” Christensen's run for the European Parliament in 2014 and Orla Hav’s campaign to be elected to the national parliament in 2015, successfully in both cases.

After working on the Social Democrat campaigns, Matache joined European Youth North Denmark. He has held the positions of local president, local treasurer, and national political vice-president during two years with the organisation, which over that time has organised English-language debates with Danish politicians in Aalborg, cultural and political events and two editions of the Danish Youth Leaders’ Summit on European Affairs, each of which ended with a pro-European pledge from Danish youth leaders.

Now studying a Master’s degree in Development and International Relations at Aalborg University, Matache was earlier this year nominated by the Social Democrats in Nørresundby to run for the regional council in Northern Denmark.

“I hope my campaign will show others that they can be part of local society with the same opportunities as anyone else, whether they are Danish or not. As the first regional election candidate that is not a Danish citizen for the regional elections, I will put the focus on the International voters,” the candidate said.

ELECTIONS
EXPLAINED: Where in Europe can non-EU foreigners vote in local elections?