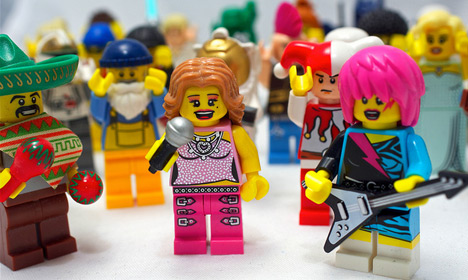 Photo: Paul Hudson/Flickr
Lego has claimed the crown of the world's largest toy maker, is coming off of a record year, has produced a blockbuster Hollywood hit and has even accompanied the first Danish astronaut into space.
Now the Billund-based company can stick another feather in its plastic brick cap, as Lego has for the first time ever cracked the top 100 in Interbrand’s annual Best Global Brands ranking.

Coming in at number 82, Lego was the top new entry in the Interbrands list, which calculated the Danish company’s brand value at $5.36 million (35.6 million kroner).
Apple and Google took the top two spots respectively for the third year in a row. Apple’s 43 percent increase in brand value also made it the list’s ’top riser’.
While Lego has branched out into films, games and other high tech toys, the core business of simple plastic bricks bucked the trend of the top 100 list.
“Technology and automotive brands dominate this year’s ranking, holding a combined 28 positions. Technology brands, in particular, dominate — collectively making up more than a third (33.6 percent) of the total value of all 100 brands,” Interbrand wrote in a press release.
Fifteen of the top 100 brands are in the automotive industry, including scandal-ridden Volkswagen at number 35.
Interbrands CEO Jez Frampton said that in today’s world “brands need to move at the speed of life”.
“Many of the brands in this year’s Top 100 are so intuitively aligned with people’s priorities, that they are able to seamlessly integrate into their everyday lives,” Frampton said.
In addition to Lego, the other new entrants in the list were PayPal (#97), MINI (#98), Moët & Chandon (#99), and Lenovo (#100).
While Lego might have to settle for number 82 on the most ‘valuable’ brands list, in February it was named the most ‘powerful’ brand of all in the the Global 500 study from Brand Finance.