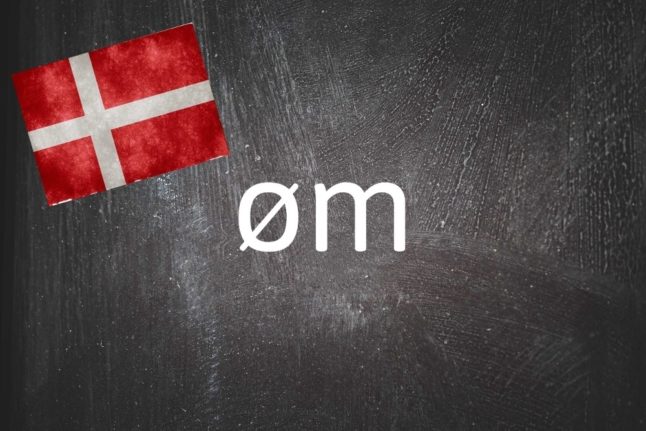 It sounds like a filler word, but øm is actually an adjective and has a number of meanings. It sounds almost the same as øhm, the equivalent of “erm” in English, but the two words are distinct.

The general meaning of øm is something that is sensitive, but there are several ways it can be used as we’ll see below.

Its origins are thought to be from an Old Norse word meaning “poor” or “unhappy”, but this is uncertain according to the dictionary.

You can say something is øm if it is physically sore, making it sensitive to the touch or painful. In this context you might see it used in medical descriptions: huden kan blive rødt, hævet og ømt means “the skin can become red, swollen and sore”.

There is also a figurative meaning to this, similar to the figurative “sore spot” or “sensitive spot” in English. Here, the “sore spot” could cause problems if “touched”, meaning spoken about, and the implicit message is that despite it being a sore spot it’s best to deal with it. Here’s an example:

”I said hes hould bring it up with his employer even though it’s probably a sensitive topic”.

A person can also be described as øm if they are sensitive or even sensual. This can also apply to a song or poem with very romantic themes.

”This song is so emotional. Can you put something else on?”

Finally, øm can mean “sensitive” about a person but with negative connotations, meaning they are easily offended or are touchy about a certain subject. 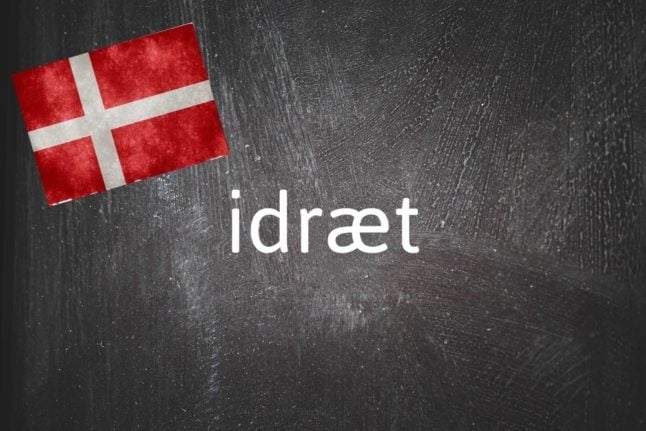 DANISH WORD OF THE DAY
Danish expression of the day: Helt på månen

Idræt means “sports” even though the word sport exists in Danish.

In modern Danish, you’ll most likely hear it as the name of a school subject (the equivalent of P.E.), but idræt has been around since the nineteenth century and comes from the Icelandic íþrótt, which also means “sport”.

The Icelandic íþrótt originated in the Old Norse íþrótt (“art, craft, skill, sport”) which is itself a compound of ið (“work, diligence, id”) and þrótr (“bravery, strength, powers”).

So why not just sport? Well, simply put, sport is not Scandinavian in origin. The English word “sport” comes from the Old French desport, deport which meant “game, amusement” – think of the games in Olympic Games.

Íþrótt was instead borrowed from Icelandic as a more Nordic alternative to the English-French sport during the heyday of a movement called Nordism, which stemmed from Scandinavism, also known as Scandinavianism or pan-Scandinavianism.

Why do I need to know idræt?

So what was Scandinavism? In short, it is the idea that the Scandinavian countries should be closer, perhaps even one country. The movement was primarily literary, linguistic and cultural, promoting a shared Scandinavian cultural heritage.

Scandinavism was started by Danish and Swedish university students in the 1840s, in the southern Swedish region of Skåne, and paralleled the unifications happening in Italy and Germany during the same period. It lost its momentum after Denmark lost the Second Schleswig-Holstein War in 1864 and the King of Sweden and Norway declined to help the Danes in the conflict.

The movement also promoted the close relation of the Scandinavian languages, although not necessarily a new common “Scandinavian” language.

It should be noted here that Norwegian, Swedish and Danish are considered mutually intelligible, although any Swede spending a weekend trying to talk to Danes in Copenhagen may disagree with that assessment.

Nevertheless, some linguists go as far as to say the three are a language continuum, or in other words, dialects of the same language: the North Germanic Dialect Continuum.

Icelandic and Faroese are different enough to be regarded as separate languages, but they should perhaps also be included as belonging in terms of culture. 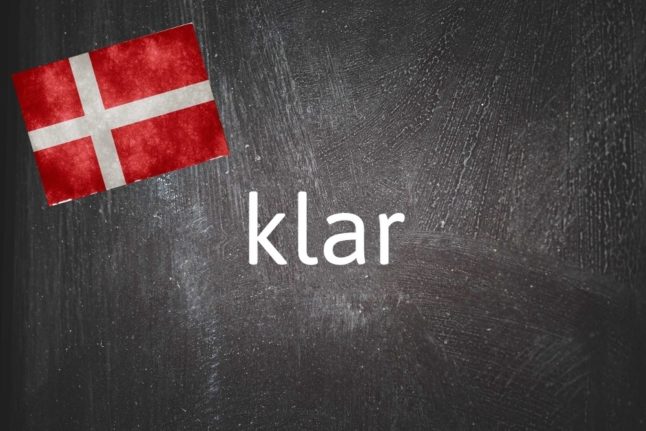 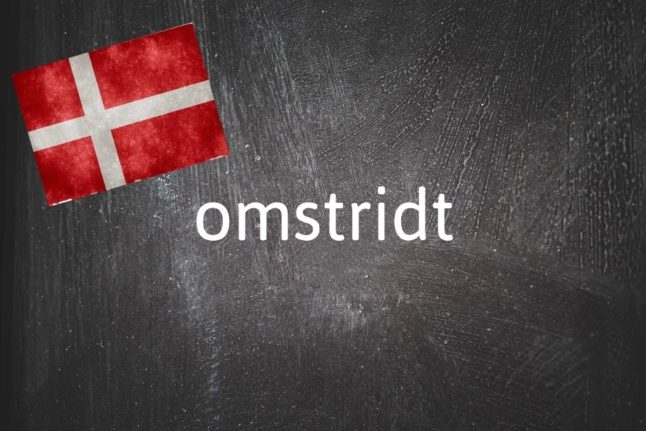