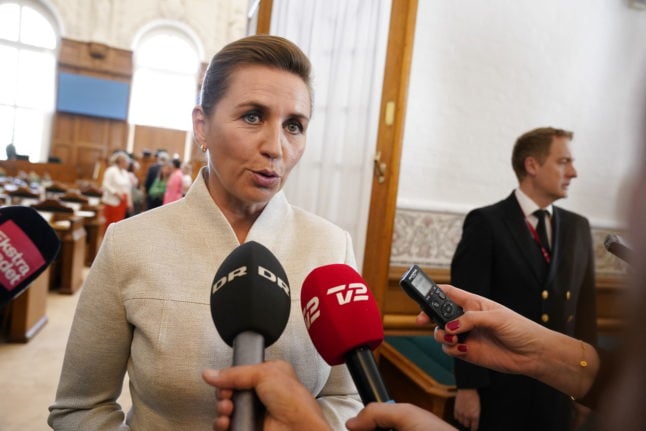 A general election is widely expected to be announced by Frederiksen on Wednesday after she opted not to use her speech at the opening of parliament to announce it, but subsequently told media an election was close.

“I daresay the election will soon start getting closer,” she told reporters following the traditional opening of parliament.

When again asked when the election would be announced, she repeated the comment “I daresay it’s close”.

The PM was also asked by broadcaster DR why she had not used the speech traditionally given by the prime minister at the opening of parliament to announce the election.

“Because it’s the opening speech of parliament and I think it was important to give an opening speech in which I first and foremost underline the serious situation we and Europe are in, but also point out the areas in we have a lot of work to do, regardless of whoever is in power after the election,” she said.

Legally, the government could wait until June 4th, 2023 to hold a general election, which is required once every four years under the Danish Constitution.

The Social Liberal (Radikale Venstre) party has demanded Frederiksen call an early general election, an ultimatum issued in response to the conclusions earlier this year of an inquiry into the government’s 2020 mink scandal, which resulted in Frederiksen receiving an official rebuke.

The Social Liberals wanted an election called by the time of parliament’s return and have threatened to bring down the government through a vote of no confidence if an election is not announced.

“If a majority in parliament want an election to be held, the government cannot ignore that,” Frederiksen said on Tuesday.

She also called the timing of the election “remarkable” given the current international security situation and recent leaks at the Nord Stream 2 gas pipelines in the Baltic Sea.

In her speech on Tuesday, Frederiksen covered topics including Denmark’s economic challenges, climate change, strengthening the country’s welfare provisions and international security. She used the word “secure” (tryg) seven times in various forms during the speech according to DR’s count, but chose not to mention the election for now.