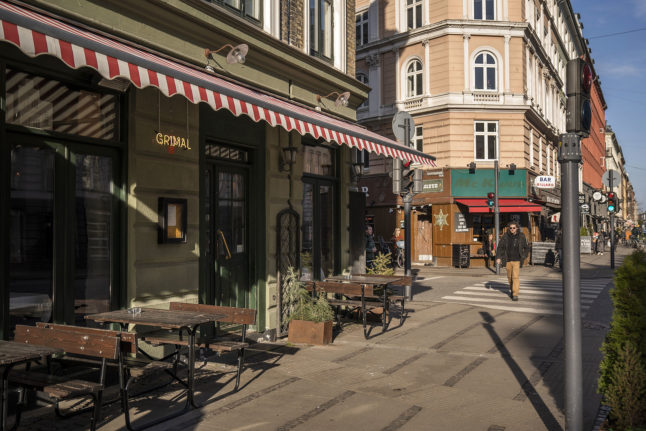 You think it's a nice restaurant, but is this your opinion or your belief? File photo: Thomas Lekfeldt/Ritzau Scanpix

Despite the fact that tænke, tro and synes words can all be translated to “think” in English, choosing the wrong verb in Danish can change the meaning of what you’re trying to say.

The act of thinking

Tænke is the most literal of these three verbs. It describes the act of thinking, such as in sentences like jeg tænker på dig (“I’m thinking of you”) or kan du være stile, jeg prøver at tænke! (“Can you be quiet, I’m trying to think!”).

If someone seems lost in thought, you can ask hvad tænker du på? (“what are you thinking of?). In a different context, the same sentence can be reproachful: Du glemte at sætte mælken i køleskabet og nu er den blevet dårlig. Hvad tænker du på! (“You forgot to put the milk back in the fridge and now it’s gone off. What were you thinking!”)

Another way of using the word tænke is to say that an idea appeals to you or that you’d quite like to do something – like in the phrase jeg kunne godt tænke mig et stykke kage (literally “I could think me a piece of cake”, actually “I would like a piece of cake”).

If, for example, you were discussing with your partner what you should order for dinner on a Friday night, you might say jeg kunne godt tænke mig sushi, which is more like a suggestion compared to jeg skal have sushi (“I want sushi”).

Tænke can also be used to make a tentative or polite suggestion if you use the past tense: Jeg tænkte på, om du havde lyst til at ses til et glas vin på fredag? (“I was wondering if you might like to meet for a glass of wine on Friday?).

These two verbs are closer in meaning and slightly harder to explain than with the word tænke. The best way to distinguish synes and tro is to be more specific when translating them in to English. Although “think” can be used as an umbrella term for both of these concepts, the differences start to become clearer if you use more specialised verbs when translating them instead.

An opinion, usually based on experience

Synes has the same meaning as the English words “deem”, “regard” and “consider”, which are all used when expressing an opinion about something.

To use synes, you would say jeg synes, at (“I think that”) followed by your opinion. In spoken Danish, the at is often left out. Jeg synes, (at) du er sød (“I think you’re nice”) and jeg synes, (at) her er koldt (I think it’s cold here) are two examples.

A belief or speculation

Tro, on the other hand, can be translated as “believe”, which can be used when speculating about something or expressing a belief, such as jeg tror på Gud (“I believe in God”) or jeg tror, det bliver regnvejr I morgen (“I think it will rain tomorrow”).

Here’s an example to illustrate the difference between saying synes or tro:

You may also have come across the phrase synes om, which has a slightly different meaning than synes. Synes always requires some sort of elaboration – it should be followed by a statement about what your opinion is – whereas synes om simply means that you like something.

So, how do I think in Danish?

If you’re not sure whether to use synes or tro in a specific situation, try swapping out the word “think” with “consider” or “believe”, and see if that helps. 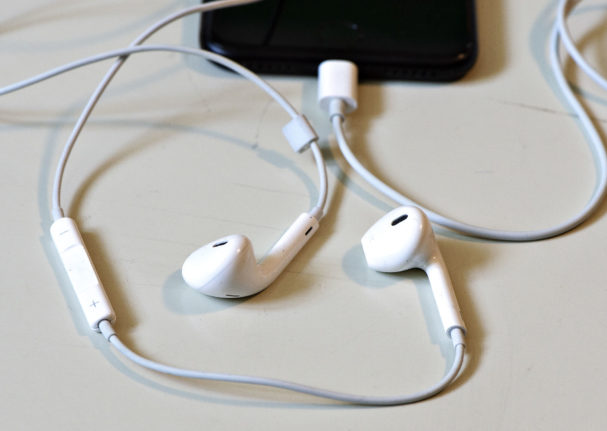 LEARNING DANISH
The best podcasts for learning and perfecting your Danish 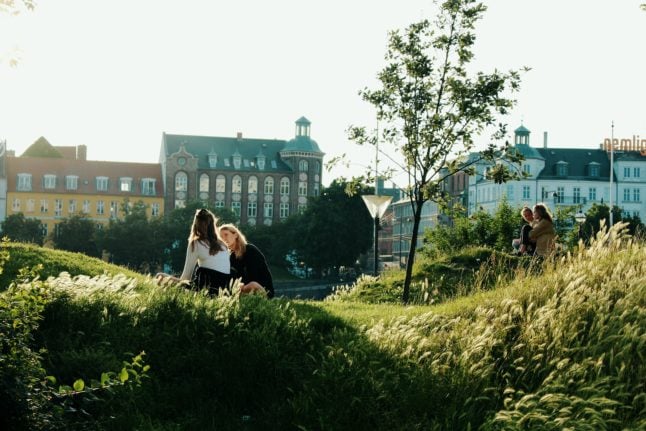 LEARNING DANISH
READERS REVEAL: What learning Danish changes about your life in Denmark

This is more than a podcast, as it’s a whole Danish learning package from beginner to advanced. However, it is the podcast-style audio that is unique about this learning platform, as text is spoken, then repeated at a slower pace and repeated again with a translation so you can really get your ear used to unfamiliar words.

Some of the grammar and vocabulary are then explained in English at the end. It’s very handy for brushing up language skills while on-the-go and great for beginners and intermediate learners.

In this podcast from DR, host Sara Bro is joined by three different well-known guests each week to help listeners solve their personal dilemmas. These vary from a hairdressing team wondering how to address their colleague’s bad table manners, to an employee concerned about the scars on her arm and whether she should cover them up at work.

This podcast isn’t recommended for beginners but it’s helpful for intermediate learners to improve their listening skills. It’s long, at 1 hour 40 minutes but each dilemma is relatively short so you don’t need to listen to the whole thing to gain an understanding. There’s a written synopsis of each person’s problem on the website, which means you won’t get completely lost if you don’t understand every word you hear.

This is an advert-free news subscription app where you get short news overviews, in-depth articles, as well as a news podcast about the most important news of the day. The useful thing about this app is that you can choose to either read or listen to the news articles or do both, which is a great exercise for improving language understanding.

Subscription is 129 kroner a month but there are some in-depth news stories on the website you can listen to for free, with text and audio.

In these 30-minute podcasts, you hear hard-hitting stories from different walks of life in Denmark. Baglandet means “back country” and this podcast aims to shine a light on people who have experienced the consequences of certain political decisions.

The latest episodes are around detention centres for young people who have committed serious crimes. The series asks questions about what is being done to stop young people getting to this stage and hears from young offenders in the system. This does require a more advanced level of Danish but the stories are fascinating so it’s worth persevering and re-listening to.

If you are interested in the British music scene, this podcast is for you. Hosts Jonas Hansen and Jesper Odgaard play a whole range of music from British pop, rock and electronic while talking about its history and stories about the bands.

The hosts do speak quite quickly, so it’s helpful to have music in between the chat so your brain can have a rest from deciphering the Danish.

Translated as ‘Who is…’, this podcast tells you about the person behind some of Denmark’s most well known music. Musicians such as Volbeat, Kesi and Benjamin Lasnier talk about their lives, dreams and the realities of performing.

Although you will need to know quite a lot of vocabulary, the host does speak clearly and it’s a great way to learn more about Denmark’s music scene. There are snippets of music between the conversation but it is primarily a speaking podcast. 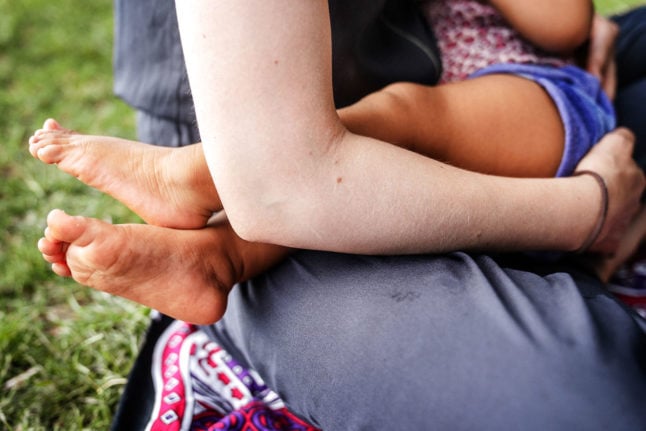 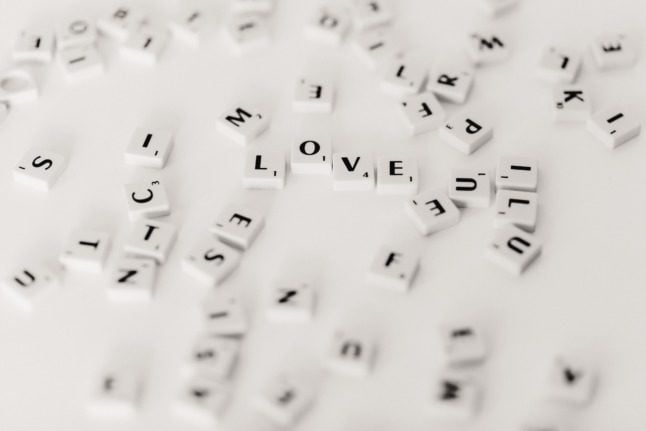 LEARNING DANISH
TELL US: Which English words should the Danish language adopt?
Url copied to clipboard!