Covid-19 was a significantly higher drain on public funds in 2021 than in 2020. File photo: Tim Kildeborg Jensen/Ritzau Scanpix

Coronavirus cost the health system 20.1 billion kroner last year according to Statistics Denmark, which has calculated overall costs for the health service related to Covid-19 in 2021.

The figure is almost four times higher than in 2020, the year the pandemic broke out, when it was estimated to have cost the health service 5.1 billion kroner.

Extra costs related to testing, contact tracing and vaccination in 2021 are the primary reasons for the dramatically increased spending compared to the previous year.

Vaccination against the coronavirus – which did not commence until December 2020 – ran up a cost of 4.4 billion kroner in 2021.

Treatment of Covid-19 patients was a lower expense for health services, setting them back 0.9 billion kroner.

Overall spending by the Danish health service was up by 270.8 billion kroner in 2021. That represents a 25 percent increase, most of which can be attributed to additional costs related to the Covid pandemic.

Out-patient health centres, such as Covid-19 testing centres, were an area in which some of the steepest increases in spending occurred.

Dentistry services were also a higher cost to the Danish health service in 2021 than in 2020, although this is attributable to a reduction of activity in the sector during lockdowns in 2020.

Hospitals spent 116.8 billion kroner, 3.1 billion or 2.8 percent more than in the previous year.

The average annual increase in spending on hospitals in Denmark’s health service in recent years is 2.7 percent.

The Danish public health service cost the equivalent of 10.8 percent of the national GDP in 2021. 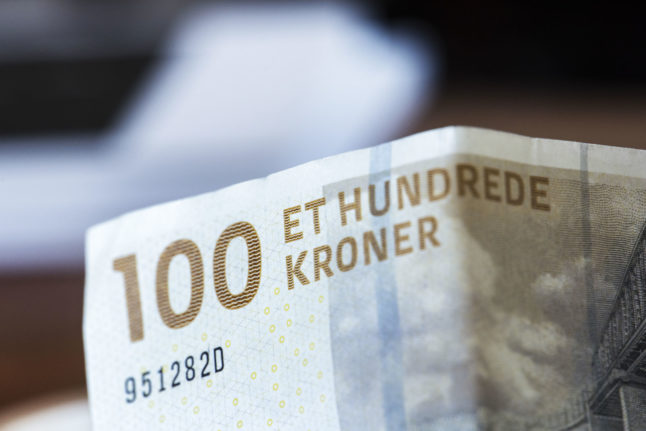 A GDP indicator from national agency Statistics Denmark suggest the economy grew in Q2 of 2022.

After decreasing 0.5 percent in the first quarter of the year, the initial indicator for the second quarter gives a 0.7 percent growth according to the agency.

A decrease in GDP in two consecutive quarters fulfils the technical definition of a recession. This has therefore been averted by the Danish economy in the first half of 2022.

Analysts commented that the second-quarter was larger than had been predicted.

“The growth comes after a first quarter in which things went in the opposite direction, so in the bigger picture it’s more standing still than high growth that is characterising the Danish economy,” Danske Bank senior economist Las Olsen told news wire Ritzau.

Despite the positive development, Danish businesses and the economy in general are still facing challenges on a number of fronts, he also said.

“This must be seen in light of the massive problems many businesses have with acquiring materials and labour, even though it appears that employment is actually still increasing,” he said.

“Businesses could well have sold more, but it’s difficult for them to make [products],” he said.

Although the economy has grown statistically, many will not have felt this materially, the analyst said. This is because prices have continued to increase and inflation remains high, meaning consumers are still getting less for their money.

Retail activity has fallen because of the high prices, senior economist with Arbejdernes Landsbank, Jeppe Juul Borre, noted with regard to the Statistics Denmark figures.

“Danes are currently experiencing the steepest increases in consumer prices for almost 40 years. That takes purchasing power away from consumers and squeezes private spending,” he wrote in a comment.

“Private spending comprises almost half of the Danish economy and therefore plays a huge role for the economy,” he said.

The hotel and restaurant industries are primarily responsible for the second-quarter growth, according to Statistics Denmark.

The GDP figure is an early indicator, meaning it can be revised once more data is available.