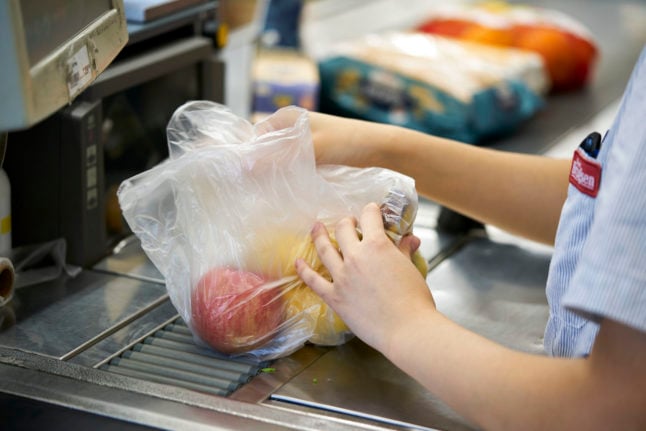 Data from national agency Statistics Denmark show that consumer prices in May were 7.4 percent higher than they were a year previously, in May 2021. That is the highest 12-month inflation recorded since 1983.

The figure shows that inflation is still on the rise in Denmark, with the 12-month increase for April having stood at 6.7 percent.

Higher prices for electricity, energy and food are the main drivers for escalating inflation figures.

Removal of energy and raw foods from calculations of inflation gives a core inflation of 4.4 percent, a lower value but nevertheless still the highest since 1989.

An average household budget for a family with two children is now 30,000 kroner more per year compared to a year ago, according to Mathias Dollerup Sproegel, senior economist with Sydbank.

Although wages are also increasing – the first quarter of 2022 saw the highest level for wage increases for 13 years – these are not enough to offset inflation.

“The Danish economy is therefore facing some challenging months and quarters in which it will be decisive whether consumers decide to take a hit on their savings to maintain spending power,” Sproegel said.

“The worst case scenario is a bumpy landing for the economy, although we are inclined towards a softer landing,” he added in a written comment.

The senior economist with the Danish Chamber of Commerce, Tore Stramer, said that inflation should peak this summer before declining.

“The speed at which inflation declines is, however, uncertain and depends upon factors including future development of energy prices,” Stramer said.

“But as things look at the moment, there’s reason to hope that inflation will soon peak and that in 2023 we will reach a more leisurely inflation level of around 2-3 percent,” he commented.

The lead economist also noted that people in Denmark are, in general, relatively well equipped to manage a period of high inflation.

An 8.7 percent increase in prices in Denmark represents the highest rate of inflation the country has experienced since 1983.

It is also 0.5 percent higher than the inflation level recorded in June.

Inflation is measured as a corrected average of price increases over a one-year period for product groups including food, energy, restaurant visits and clothes.

Skyrocketing prices for food, electricity, and fuel are driving the change to price indices.

Food and non-alcoholic drinks were 14,6 percent more expensive in July than they were 12 months prior. The category for milk, cheese and eggs has seen a 24.5 percent increase in price over the last year.

“Today’s numbers are equivalent to an average family having to pay 5,300 kroner more for their monthly consumption compared to a year ago,” Danske Bank’s senior economist Lars Olsen said in a written comment.

“Even if you account for wage increases during that time, there is still a fall in living standards of 3,200 kroner per month,” he said.

But there could soon be an end to the discouraging numbers and spiralling prices, according to another analyst.

“If our prognosis is correct, inflation will peak during the late summer and will gradually increase towards the turn of the year,” said Tore Stramer, lead economist with the Danish Chamber of Commerce (Dansk Erhverv).

“And then in 2023 – hopefully before we reach the summer – we will have inflation back at two to three percent, which is a more normal level,” he said.

That prediction is subject to uncertainty, Stramer stressed. Inflation has previously confounded expectations and has increased by more than predicted in recent months.

“If we get new increases in energy prices and the cost of raw materials, we can’t rule out inflation becoming stuck at the current high level for longer than expected,” he said.

Danske Bank’s Olsen also said he expect inflation to trend downwards in the latter months of 2022.

But it will be “a long time before we are down at normal inflation levels”, he said.