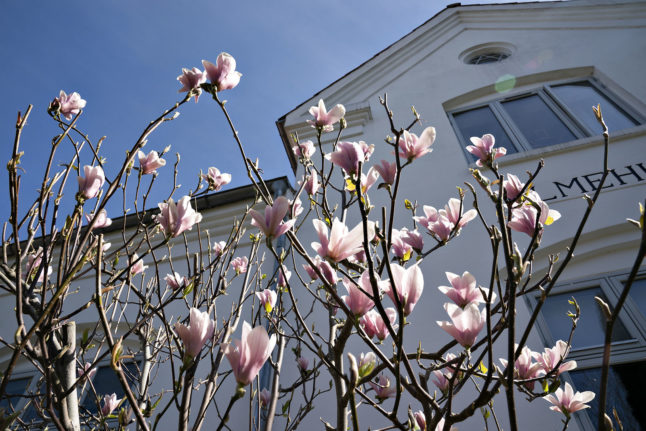 A file photo of a tulip plant in spring. Photo: Henning Bagger/Ritzau Scanpix

New data demonstrating the rate at which living costs are escalating in Denmark has been released by Statistics Denmark.

Consumer prices have increased by 5.4 percent over the last year, the agency said in a new report. That is the biggest annual increase since 1985.

Electricity, fuel, food and gas are the product groups mainly responsible for the huge inflation in prices.

Decision over withdrawal of woman’s citizenship

The Østre Landsret high court will today pass a decision in a case relating to a 32-year-old woman who travelled to Syria as a sympathiser of terror group Isis.

The woman has sued the Danish state after her citizenship was revoked, hoping to get it reinstated. The case is the first of its kind in Denmark, and broadcaster DR has reported that the woman’s two children are suffering from malnutrition and disease in the al-Roj prison camp in Kurdish-controlled Syria. They cannot be evacuated to Denmark because of Danish rules relating to the current citizenship status of their mother.

Denmark earlier evacuated three women and their children – 14 in total – from the Syrian prison camps for Isis fighters and sympathisers. The evacuated women all have citizenship status.

Southern parts of Jutland will likely see some cloud but it will be bright in most other parts of the country.

Temperatures, around 0 degrees Celsius first thing this morning, could reach 7-10 degrees during the day. A moderate westerly and southwesterly wind should also ease off as the day progresses.

Official data shows that 1,722 new cases of Covid-19 were registered on Sunday.

The positive cases were found among 11,575 PCR tests, giving a test positivity rate of just under 15 percent, similar to the proportion of positive tests seen in general this month. Testing levels are now a fraction of those seen earlier in the pandemic. Daily case numbers peaked in February when up to 55,000 new cases were registered on a number of days.

876 people with Covid-19 are currently admitted to hospitals in Denmark. This total is on a downward trend, having reached over 1,500 in early March.

18 people with Covid-19 are currently in ICU care and 8 are receiving ventilator treatment.