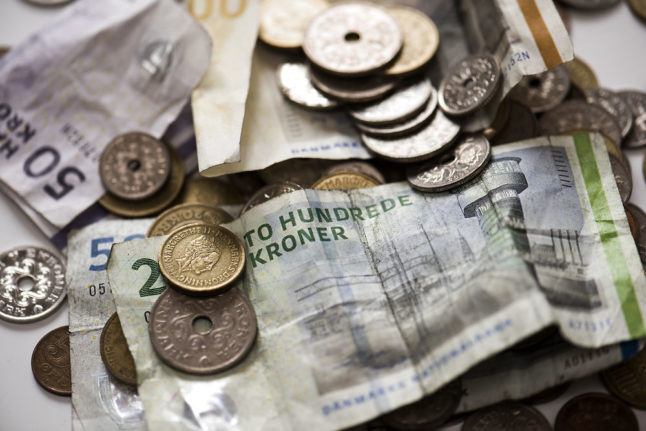 Denmark is to rush through a new law banning trade with Russia and Belarus in kroner. Photo Kristian Djurhuus/Ritzau Scanpix

Under economic sanctions put in place following Moscow’s invasion of Ukraine, a ban on selling cash and tradeable financial assets in euros to Russia and Belarus has been put in place by the EU.

Copenhagen will now act to pass an emergency bill preventing similar transactions using the Danish krone, the business ministry confirmed in a statement.

The fixed exchange rate policy with the euro means that the krone can be used as a shadow currency for the euro, meaning it can be used to circumvent sanctions placed on Russia in response to the invasion of Ukraine.

“The hard economic sanctions are a strong weapon against Putin and we support the hardest possible sanctions in Denmark,” business minister Simon Kollerup said in the statement.

“We can see that Russia’s economy has been hit hard and the Russian currency has dropped in value with the effect that rich Russians are looking out for other places to move their fortunes,” he said.

“We have already closed the door to the EU and the euro, and with this bill we ensure that Denmark will not become a loophole,” he said.

The government has requested expedited processing through parliament of the bill, which would apply equivalent restrictions on trade with the krone to those already in place with the euro.

The bill will be tabled on Tuesday, the ministry said.