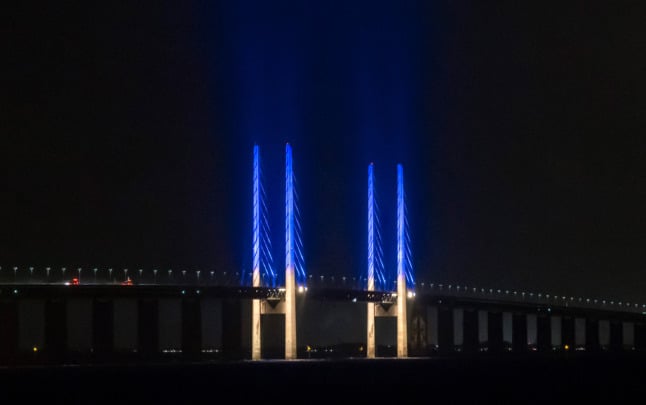 “The Öresund bridge want to help Ukraine and the Ukrainian people by allowing refugees and emergency assistance to cross the bridge. Of course we should help our European neighbours in this difficult time,”  Linus Eriksson, CEO of Oresundsbro Konsortiet, said in a press statement.

Other groups, such as voluntary organisations driving lorries with supplies for Ukraine, or busses with evacuated people fleeing Ukraine, will also be allowed to pass toll-free. These groups should contact the Öresund bridge’s customer service prior to crossing the bridge, who will provide access.

“We will continue to show our support for Ukraine by lighting up the Öresund bridge in Ukraine’s colours every weekend in March,” Eriksson continued.

How will it work?

When a private car with a Ukrainian number plate reaches the toll, they will be allowed to cross without paying a fee. This applies until the end of March, after which a decision will be made as to whether an extension is necessary.