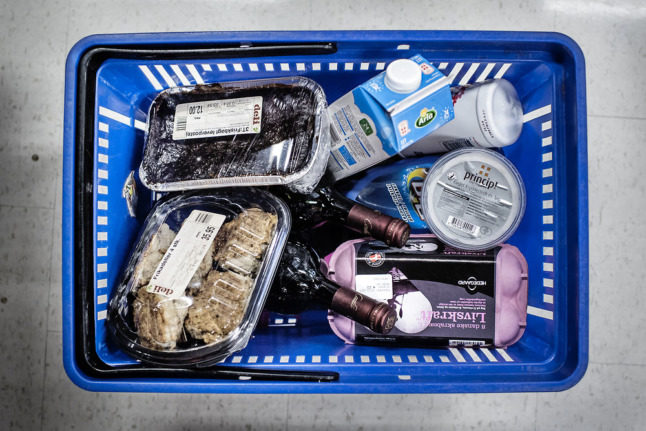 A Danish shopping basket costs considerably more than it did a year ago. File photo: Thomas Lekfeldt/Ritzau Scanpix

The measure from agency Statistics Denmark shows inflation is at its highest since 2008, when prices in Denmark went up by 4.4 percent over a year during the Global Financial Crisis.

Energy price increases are the biggest culprit for the high level of inflation in 2022.

Electricity, petrol and gas have all become more expensive over the last year and account for 2.4 percent of the overall inflation.

However, very few categories of goods have become cheaper during the last 12 months. According to Statistics Denmark’s consumer index, alcohol, tobacco, clothing and communication are the only product groups to have gone down in price, having a negative effect on the overall inflation rate.

A family in Denmark with two adults and two children must pay 18,600 kroner more for the same goods and services in 2022 compared to the beginning of 2021, an analyst said.

“That means we need to get more money out of our pockets when we are shopping and when we pay electricity and heating bills,” he added in a written comment.

The economist said he expected inflation to remain above 3 percent in the coming months.

It is, however, expected to eventually fall off as energy prices are unlikely to continue to drive inflation upwards.

“The drop (in inflation) will probably not be very big because the large shortage of both labour and materials will continue to put pressure on companies’ overheads,” Praefke said.

“Overall, I expect inflation in a year’s time will be lower than it is today,” he said.

READ ALSO: Denmark could give tax-free sum to families with high heating bills