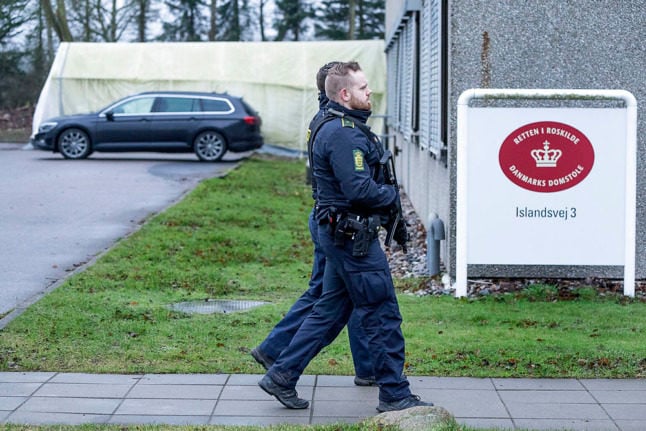 Police officers outside the Roskilde District Court on February 4th. The court convicted three leaders of an Iranian Arab separatist group based in the Scandinavian country of spying for Saudi intelligence between 2012 and 2020. Photo: Claus Bech/Ritzau Scanpix

The three, aged 40 to 51 and one of whom is a Danish citizen, are members of the separatist organisation ASMLA (Arab Struggle Movement for the Liberation of Ahvaz), which Iran considers a terrorist group.

Their sentencing will be announced in March. They face up to 12 years in prison.

Following a lengthy trial held behind closed doors, the Roskilde court found the trio guilty of “gathering information on individuals and organisations, in Denmark and abroad, as well as on Iranian military affairs, and transmitting this information to a Saudi intelligence service”.

The trio was also found guilty of “promoting terrorism” for supporting the activities of ASMLA’s armed branch.

The jury found that “the actions and attacks of these movements are terrorist attacks which exceed the limits of legitimate freedom fighting”.

They were also convicted of “financing and attempted financing of terrorism”, for having received 15 million kroner (two million euros) from a Saudi intelligence agency as well as having tried to obtain another 15 million from the same source.

The money was aimed at financing ASMLA’s activities, the court found.

The three have been held in custody in Denmark since February 2020, under special protection due to the nature of their case.

Tehran formally denied the attack plan in Denmark, but in 2020 a Danish court jailed a Norwegian-Iranian for seven years for his role in the plot. 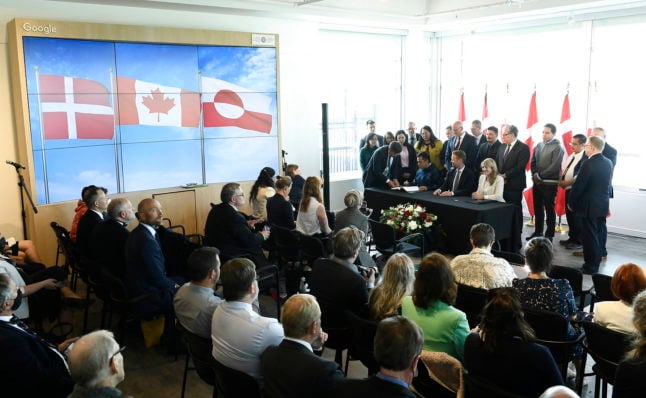 DIPLOMATIC RELATIONS
What does resolution of Denmark-Canada ‘whisky war’ tell us about international relations?
Url copied to clipboard!