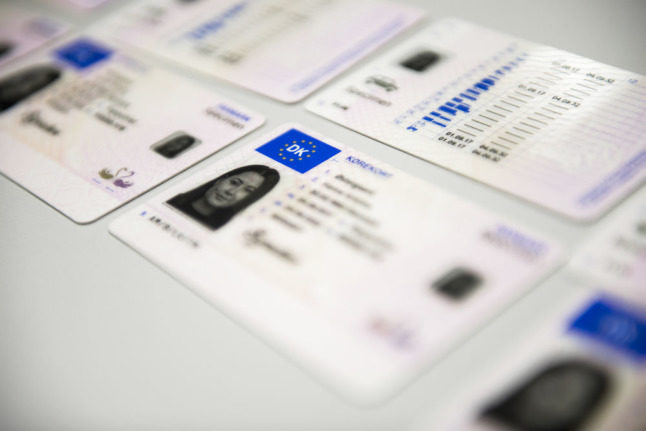 If you live in Denmark and haven't exchanged your UK driving licence, it's time to buckle up. File photo: Anne Bæk/Ritzau Scanpix

According to the Danish Road Traffic Authority, it is permitted to use a UK driving licence in Denmark if you are in the country temporarily. That is because Danish rules permit the use of foreign driving licences printed in English with Latin letters.

Residents of Denmark who have a UK-issued driving licence are required to exchange their UK licence for a Danish one within 180 days of moving to Denmark, meaning 180 days after they become registered as living in the country.

In written comments provided to The Local, the Danish Road Traffic Authority confirmed that “based on Brexit, driving licenses issued in the UK are no longer encompassed by the EU’s rules on reciprocal recognition of driving licenses”.

The practical consequences of this in relation to exchanging a UK-issued driving license for a Danish one are described below.

For driving licences issued in the UK prior to January 1st 2021, and thereby before Brexit took effect, the “driving licence (and all categories) can be exchanged for an equivalent Danish driving licence without taking a control driving test”.

However, this will not always mean a test must be taken, even for licences issued in the UK since Brexit. That is because the UK was on March 25th last year accepted as a “group 1” country under Danish rules following application by the UK for this, the Danish Road Traffic Authority told The Local.

In practice, this means category B or normal car driving licenses issued by the UK after Brexit (January 1st 2021) can be exchanged for a Danish category B driving licence without taking a control driving test.

“Exchange of other categories requires a control driving test to be taken”, the Danish Road Traffic Authority said.

What is a ‘control driving test’?

The Danish Road Traffic Authority website states that a control driving test or kontrollerende køreprøve consists of a theory and practical element. Driving lessons are not mandatory for the test, unlike with the regular driving test given to new drivers.

Drivers taking the test must supply their own vehicle and applications are made via their home municipality.

A fee of 280 kroner is charged to exchange a foreign driving licence for a Danish one.

The applications form for exchanging to a Danish driving license can be found on the Local Government Denmark (KL) website. The form must be handed in to the municipality in which you reside.

More information on the application process can be found on the Danish citizen and residents’ platform Borger.dk.

The Court of Justice of the European Union confirmed on Thursday that Britons lost EU citizenship when the UK left the EU, on 1st February 2020.

It is the first time the EU’s top court has rules on the matter, after a number of legal cases challenged this specific Brexit outcome. The decision also sets a precedent should other countries decide to leave the bloc in the future.

What has the EU Court decided?

The Court of Justice decided on a case brought by a British woman living in France.

Before Brexit, she could vote and stand as a candidate in her town of residence, Thoux. But after the UK withdrawal from the EU, she was removed from the electoral roll and excluded from the municipal elections that took place in March 2020, during the transition period.

As the mayor refused her appeal to restore the registration, she took the case to the regional court in Auch, which agreed to request an interpretation of the rules to the EU top court.

Julien Fouchet, the barrister supporting her and several other cases on the EU citizenship of British nationals, argued that the loss of EU citizenship and voting rights was disproportionate. It would also be contrary to the EU Charter of Fundamental Rights, given that the woman also lost her voting rights in the UK, having lived abroad for more than 15 years.

Alice Bouillez, who has lived in France since 1984 and is married to a French national, could have applied for French citizenship, but did not do so because she said “this was not necessary” before Brexit and, as a former UK official, she had taken an oath of allegiance to the Queen.

On Thursday the Court of Justice announced the decision about her case. The court ruled that the “possession of the nationality of a member state is an essential condition for a person to be able to acquire and retain the status of citizen of the Union and to benefit fully from the rights attaching to that status.”

The court therefore confirmed that British nationals automatically lost their EU citizenship as a result of Brexit and, as a consequence, Britons also lost their voting and electoral rights in municipal elections in the EU (unless the country where they live set different rules).

What is EU citizenship?

EU citizenship was introduced by the Treaty of Maastricht of 1992, when borders were opening and the bloc was integrating economically after the end of the Cold War.

Under the treaty, every person holding the nationality of an EU member state is a citizen of the Union. EU citizenship is additional and does not replace nationality, the treaty specifies. But this creates the first form of a transnational citizenship that grants rights across borders.

EU citizens have the right to access each other’s territory, job market and services under the principle of non-discrimination. If they are economically active, they have the right to reside in other EU states and be joined by family members, access healthcare at the same conditions of nationals (for emergency treatment also when travelling temporarily), obtain social security benefits and see their professional qualifications recognised.

Beyond free movement, at the core of EU citizenship there are also political rights, such as participating in the European Parliament election, voting and standing as candidates in municipal elections when living in other EU countries, receiving consular protection from other EU states outside the EU, and taking part in European Citizens’ Initiatives asking to the EU to legislate on certain matters.

Which EU citizenship rights have Britons lost with Brexit?

For British citizens who were living in the EU before Brexit, the Withdrawal Agreement protects some of these rights. Britons covered by deal have their residence, access to work and education, healthcare, social security and qualifications secured, but only in the country where they were living before Brexit.

But the right to free movement in other EU states, consular protection in third countries, and the political rights attached to EU citizenship were lost, the Court confirmed.

For British citizens in the UK, the trade and cooperation agreement has preserved some social security rights and, in theory, the possibility to have professional qualifications recognized when moving to an EU country. These provisions however lack details and may take a long time before they work in practice.

As the “European Union” no longer features on British passports, the possibility to access EU lanes at airports to skip passport control queues has also vanished.

“The loss of those treasured rights has been clear to those of us living in the EU from the early days of Brexit. But for Brits in the UK, the realities of life outside the EU, and the consequences of Brexit, are only just dawning. Long queues at the borders, roaming charges, obstacles to working abroad, etc. are the new reality,” said Sue Wilson, Chair of the group Remain in Spain.

While she said the court’s decision was “no real surprise,” she argued that “this is not the Brexit the public were promised, or that the majority voted for.”

Can British citizens get some of these rights back?

Julien Fouchet was disappointed at the Court decision and promised to continue the legal fight, bringing the case at the European Court of Human Rights (which is not an EU institution).

Other two cases on the matter of EU citizenship for British nationals are still pending at the Court of Justice of the EU. One of them aims to determine whether EU citizenship is a “fundamental status” that cannot be removed but Thursday’s decision could have already provided the answer.

Another option to reconsider some of the rights is the renegotiation of EU-UK trade agreement, when it will be reviewed in 2025.

Meanwhile, the EU is revising the rules for non-EU citizens living in EU countries on a long-term basis, making it easier to move across borders.

Applying for citizenship is so far the only option to regain voting rights, although not all EU countries allow dual nationality.

Sue Wilson, who has long campaigned for the UK to stay in the EU, said: “There is only one way to restore the loss of our rights, and that’s to rejoin the single market, rejoin the customs union, and eventually, rejoin the European Union… Until that day, we will continue to be second class citizens whose rights have been diminished for the sake of an ideology.”