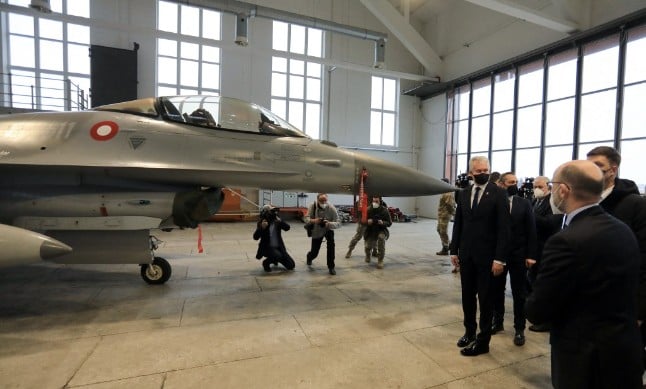 Denmark’s decision to send the jets “comes at just the right time”, Lithuanian President Gitanas Nauseda said at a ceremony at the Baltic state’s northern air base in Siauliai.

The fighter planes will patrol Lithuanian air space until April 1 along with four Polish fighters that have been stationed there since December 1. Several exercises are planned.

The Baltic states feel threatened amid the current tensions between Russia and the West, with Moscow demanding NATO scrap its “enhanced forward presence” in the Baltics and Poland.

“This is an extremely worrying time not just for Lithuania but for all the NATO allies,” Nauseda said.

The forces there “are many more than during the Zapad military exercises” between Russia and Belarus last year, Lithuanian  Defence Minister Arvydas Anusauskas said.

Denmark announced earlier this month that it would deploy a frigate with 160 crew to reinforce NATO patrols in the Baltic Sea.

Six US fighter jets also landed in Estonia this week to boost the NATO mission there.